How to Hunt Hogs for Beginners

A non-native and fast-breeding species, the feral hog has absolutely exploded in America. So much so that many states have opened up hunting to ensure that 70 percent of the population is eradicated annually, preventing further damage to native wildlife and crops. And many hunters have taken advantage of some states' loose hunting laws towards them.

But if you want to learn how to hunt hogs, understand that it’s not for complete beginners. You need to have some good hunting experience before hog hunting. Feral hogs are a dangerous game and often quite aggressive, so it takes a seasoned hunter that can think quickly.

As you learn how to hunt hogs, here are some basic tips on tracking and calling to help you have a successful hunt. Plus, we’ll list the three best states with the most lax restrictions to go hunting feral hogs.

How to Track Hogs

As you learn how to hunt hogs, you’ll also need to hone your tracking skills. Luckily, feral hogs offer some distinct signs and tracks. To determine if hogs have passed through the area, here’s what to look for.

Hogs are more aggressive – and faster! – than you might assume, so never underestimate these wild creatures. However, you can use this to your advantage, using predator calls to bring them out in the open. Call feral hogs from a downward position, using predator sounds in quick, short bursts. Another way to call feral hogs is to play recorded sounds of piglets in distress. This is sure to get the attention of a protective sow! Whichever call you choose, be on your toes and keep a safe distance. Feral hogs can charge from the bush unexpectedly fast. 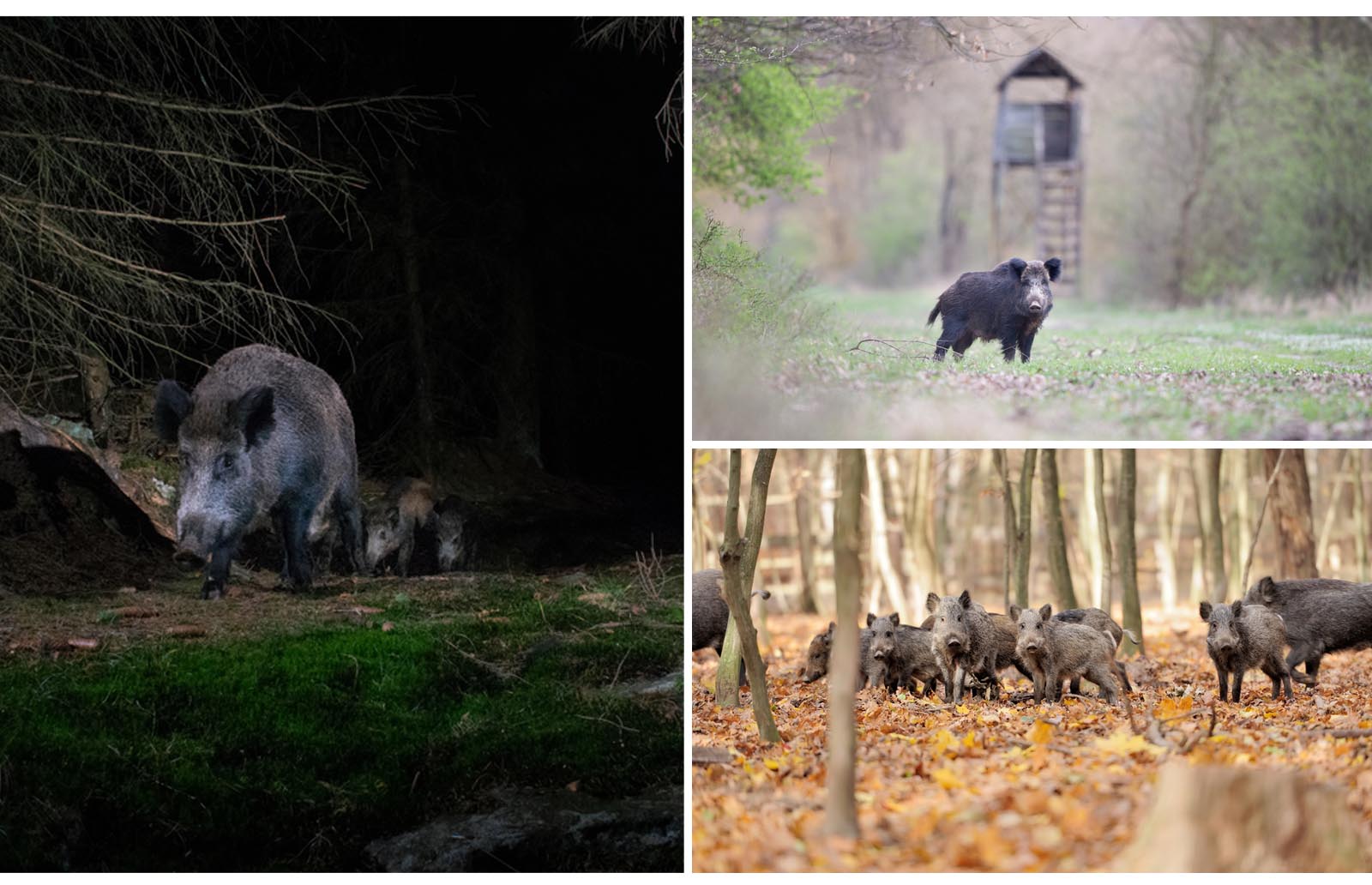 Since the hog population has expanded, so has the hog-hunting sport. However, hogs have wisened up and caught on, adapting into a more nocturnal lifestyle. So now hunters find themselves frequently hunting at night, which requires its own special set of skills.

The best time to hunt hogs at night is when they come out to feed. To catch them, you will need hog hunting gear and equipment like a hog hunting alert system, which can alert you when hogs are nearby. Ultimately, it can save your eyes from scanning and let you know where the hogs are located.

Bow hunting is a preferred method by many hog hunters. But you need to keep your equipment protected, so it’s important to invest in a high-quality bow case that’s watertight. And if you prefer a rifle, make sure to keep ammo dry in an ammo case.

The Best Spots to Hunt Hogs

Feral hogs are not as common as deer. You’ll have to seek them out in certain regions where they run more rampant. Some of the best states to go hog hunting are located in the southern Gulf States. Of course, if you can shell out for a hog-hunting trip to Hawaii, you’ll have yourself one heck of a luau. But, for practicality’s sake, the three best states to hunt hogs – due to the need for population control and loose hunting regulations – are Texas, Florida and Louisiana.

With roughly 2.6 million hogs wallowing about, Texas is eager for you to also try your hand at barbecue. To hunt hogs on public land in the Lone Star State, all you need is a general hunting license. Plus, with decent temperatures that keep hogs thriving, hog season is open year-round. If you plan to go night hunting with a spotlight, make sure to notify local game wardens and make sure it’s not prohibited.

In Florida, feral hogs moved in like snowbirds and decided to stay, creating the second-largest population of feral hogs in the U.S. The Sunshine State requires only a general hunting license to hunt on public land and hunting season is mostly year-round. The only exception is when it’s spring turkey hunting season. In Florida, hunters can also use dogs and many types of guns and crossbows to take down any size feral hog with no bag limit. If you’re headed to Florida, bow hunting hogs can be a thrilling challenge.

Louisiana has an estimated 500,000 hogs spread across all 64 parishes. According to a survey, in the 2019/2020 hunting season alone, 213,300 feral hogs were harvested. You need more than a general hunting license to hunt in the Bayou State. Here, hunters need a valid Louisiana hunting license, which allows you to take feral hogs year-round. For the most part, it applies to hunting in daylight hours, but it is possible to hunt at night under a few restrictions.