Whether you’re looking for some hunting prep or simply want to polish off the old shotgun, these shooting activities are excellent options. Pack up your long gun case and let’s go shoot some high-flying clay targets!

Trap Shooting: Targets Move Away from the Shooter

Trap shooting, which traces its roots back to the 1800s, was originally devised as a practice for bird hunting. Artificial clay birds were introduced around 1830 and used in the first recorded trap shooting match in Cincinnati, Ohio. While the sport is indeed a useful practice tool for bird hunters, it is seen as a competitive sport today. In fact, both trap shooting and skeet shooting are currently recognized as official sports of the summer Olympics.

The goal of trap shooting is to hit clay targets that are traveling away from the shooter. These targets are shot in the air at varying angles using an oscillating machine known as a "house" or "bunker." In this discipline, the shooters know the target's point of origin but don't know the target's angle. Not knowing the target's angle creates an intense challenge for even the most experienced shooters. Trap shooters shoot five shots from five different points on a semi-circular field. Therefore, shooters fire a total of 25 shots per round. Shooters rotate around the semi-circle until everybody has completed five shots from each position.

In the Olympic version of trap shooting — also known as "bunker trap" — shooters get 125 shots for men and 75 shots for women. There are 15 fixed-angle machines rather than the single oscillating machine used in standard trap competitions. The fixed angle machines used in the Olympics throw targets at 68 miles per hour compared to 45 miles per hour in a standard round. If you want to give this version of the sport a shot, so to speak, make sure your ammo case is well-stocked! 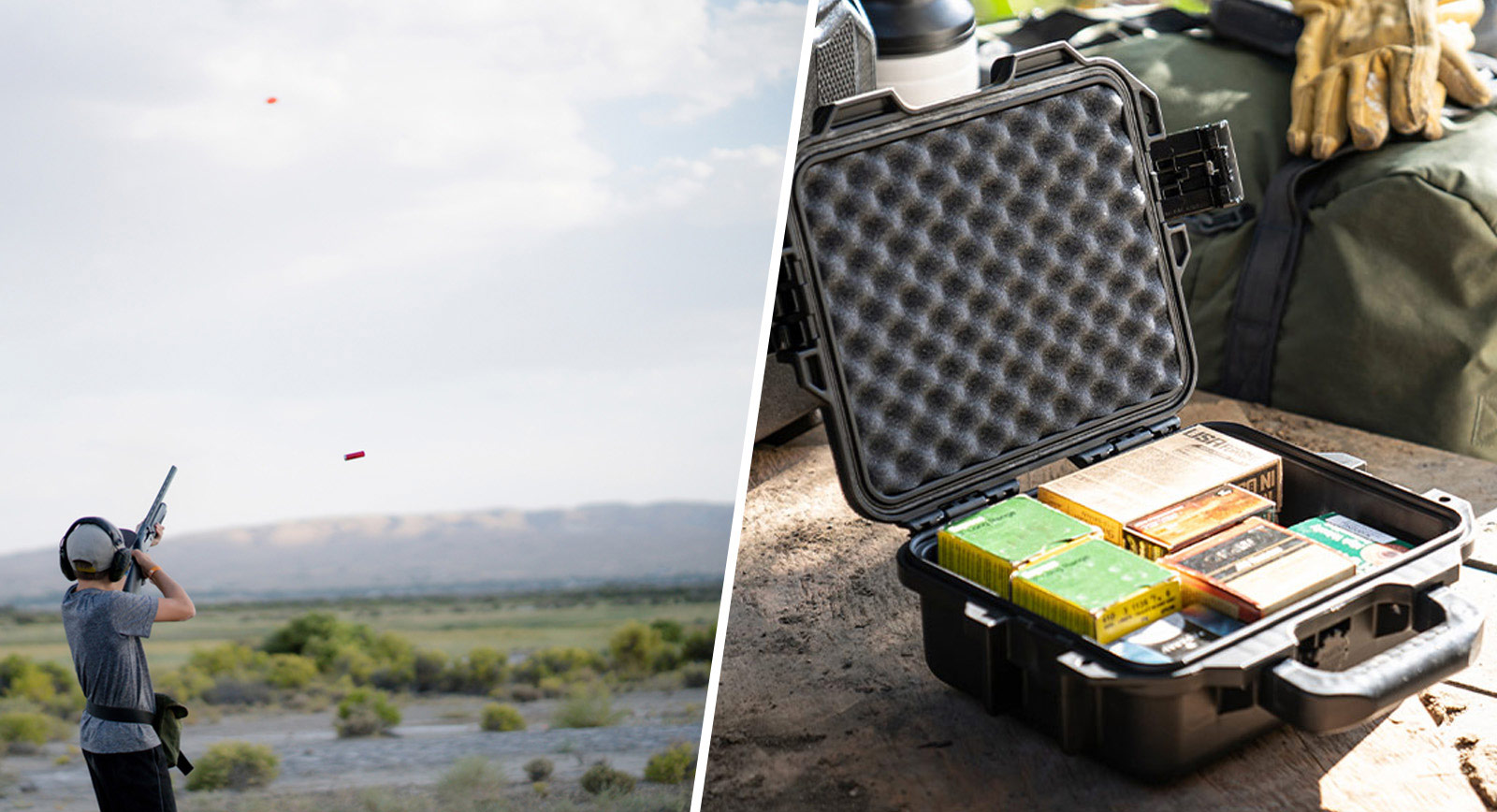 Skeet Shooting: Targets Cross One Another

Skeet shooting was developed in Massachusetts in the 1920s by a grouse hunter. This hunter recognized that trap shooting didn't effectively simulate the way real birds fly in the field. The targets weren't unpredictable enough to mimic the erratic behavior of real birds. Essentially, hunters find themselves shooting from many varying angles in actual hunting scenarios.

In skeet shooting, the goal is to hit two clay targets that are crossing one another. Two target machines are placed 40 meters apart, one at 10 feet high (known as the high house) and one at 3.5 feet high (known as the low house). Both targets rise to a maximum height of 15 feet by the time they reach the field's center. Shooters aim from seven positions on a semi-circular field, with each shooter firing a total of 25 rounds. Traditionally, 17 targets are singles and eight are doubles. According to the National Skeet Shooting Association (NSSA), the original skeet course's half-moon field setup has changed little since the 1920s.

What About Sporting Clays?

In addition to trap and skeet, sporting clays is a third popular shotgun shooting discipline. This discipline is often referred to as “golf with a shotgun” because it involves shooting on a scenic course, with no two courses alike. The target’s speed, angle and distance vary with each station. Because of the varying terrain and random nature of the targets, this version is considered one of the most realistic bird hunting simulations.

Get Out and Shoot Your Shot

Ready to try skeet or trap? Pelican can help you gear up for your first round with the right gun case! Visit the National Firearm Industry Trade Association’s directory of places to shoot to find a range or course nearby.