Don't Lose Your Bearing - Here's How to Use Bear Spray

From the Great Smoky Mountains to Yellowstone National Park, America is home to various bear species and populations. And when entering bear territory, it’s critical that you remain alert and even take extra precautions like carrying bear spray.

Should you ever encounter a bear in the wild, it’s best to slowly and calmly back away. Still, carrying a can of bear spray into well-known bear territory is a healthy precaution. In the rare event that a bear becomes aggressive and charges, it’s imperative you quickly whip out the spray. But you need to know how to use bear spray first.

Available in recreation stores and online are several bear spray brands. But they all have basically the same potent ingredients to drive a bear away. Bear spray typically contains a mixture of capsaicin like that used in Mace pepper spray, which streams out, reaching anywhere from 25 to 35 feet. The mixture is meant to spray a bear’s face, where it then causes an irritating burning sensation. Since bears have an acute smell, the nose area is particularly irritating, even causing pain and watery eyes. How far can a bear smell? At least a few miles. So, it’s for the best you come prepared. Carry Bear Spray Close

There are many myths about bears and one entails humans being able to outrun them and climb trees to escape. This is entirely untrue and should never be attempted (black bears are notorious for scaling trees). While they lack endurance, bears can even outpace a racehorse and reach roughly 35 miles per hour. For this reason alone, bear spray should be ready at the go. Carry it at the hip, much like a gun holster, and never in your backpack or out of reach. In fact, you can find bear spray brands equipped with such holsters.

How to Use Bear Spray

Step One: As mentioned, if you run into a bear, keep a safe distance and back away slowly. Don’t yell or stand tall to try and intimidate. If the bear is near, wave your arms as you back away to let them know you mean no harm. Should the bear approach, stand your ground and don’t run!

Step Two: At this point, note the wind’s direction and put your back to it. Doing so will ensure the bear spray doesn’t backfire in your direction. Grab the canister and ensure the safety, which is often a tab located at the handle’s thumb trigger, is off. Don’t use the bear spray unless it’s your last line of defense. Even if a bear charges toward you, wait until it’s within 10 yards. It may charge to give a warning and leave it at that. However, it’s important to be on your toes and ready.

Step Three: Using both hands, hold the bear spray can with one hand and one on the trigger. Press the trigger with your thumb, spraying into the bear’s face. Like firing a weapon, some people recoil upward when the spraying begins. Try to resist this and aim downward into the bear until it runs off or allows you to.

Spray too soon, too far away or miss the face and your bear spray will be ineffective, which means you have a bigger problem. In this predicament, you’ll be forced to play dead and, on extremely rare occasions, fight back. Learning how to respond to different bear species (black bears vs. grizzlies) might save your life, so make sure to understand their unique traits.

Other Bear Spray Tips and Precautions 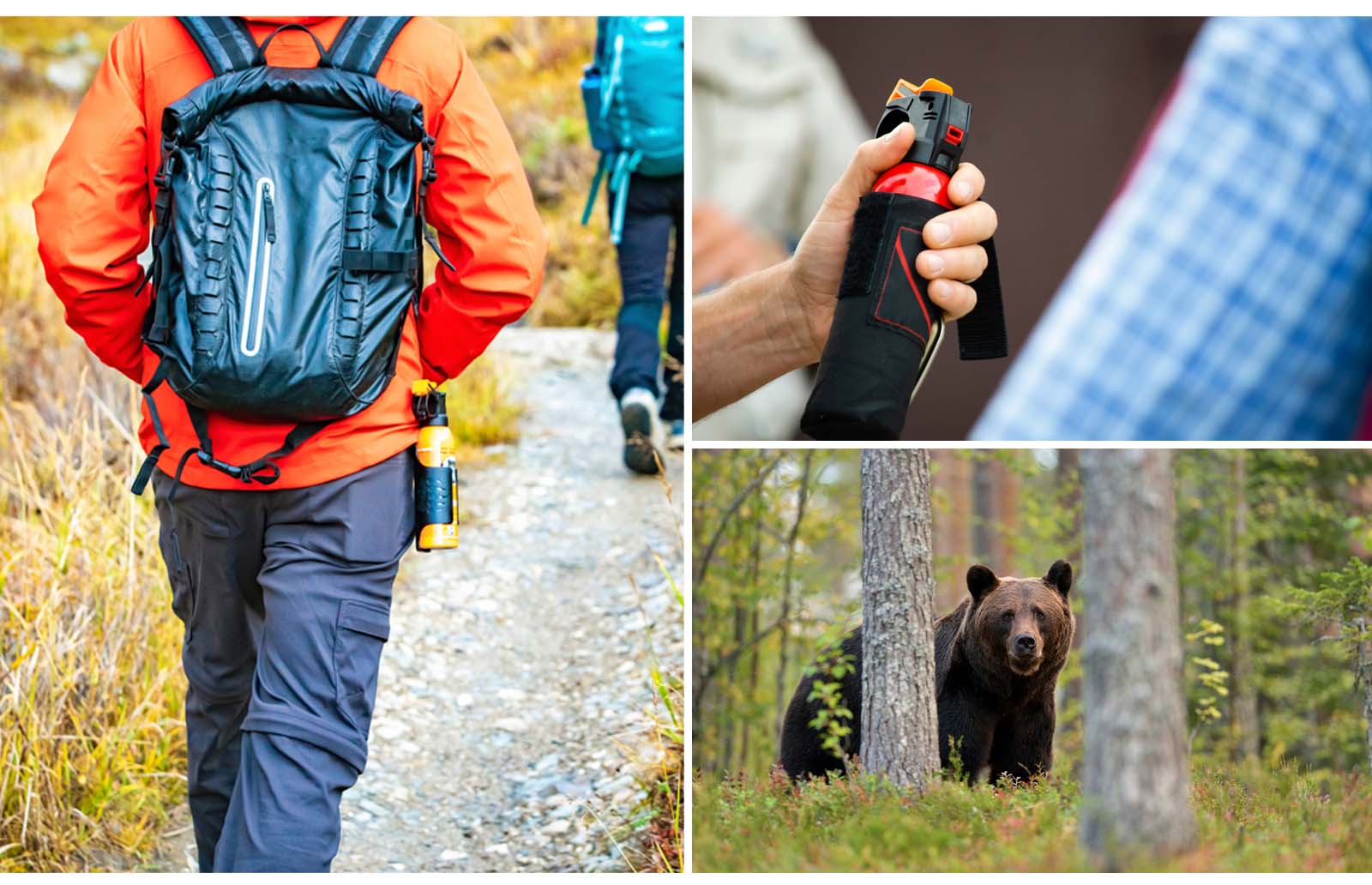 Don’t be intimidated by camping or hiking in bear country. Seeing these majestic and powerful creatures from a distance is an amazing experience. Just make sure to practice and learn how to use bear spray with an inert training canister (yes, they exist) to get the hang of it in case you need to protect yourself.

The 9 Best Cars for Camping

How to Keep Bears Away from Your Campsite