Camping Question: How Far Can a Bear Smell

Hike and camp for long enough, and you will inevitably cross paths with wildlife. Most of these encounters will be brief and pleasant: chipmunks stuffing their cheeks with food, migrating birds flying overhead, white-tailed deer eating grass. But if there is one animal in particular that most campers want to avoid at all costs, it’s a bear.

With their massive build, retractable claws and large teeth, bears are a force to be reckoned with. But none of these traits compare to a bear’s greatest asset: its incredible sense of smell.

How Far Can a Bear Smell?

Bears are believed to have one of the most powerful sniffers on earth. The scent-detecting area inside a bear’s nose (called the nasal mucosa) is 100 times greater than ours.

But just how far can a bear smell? 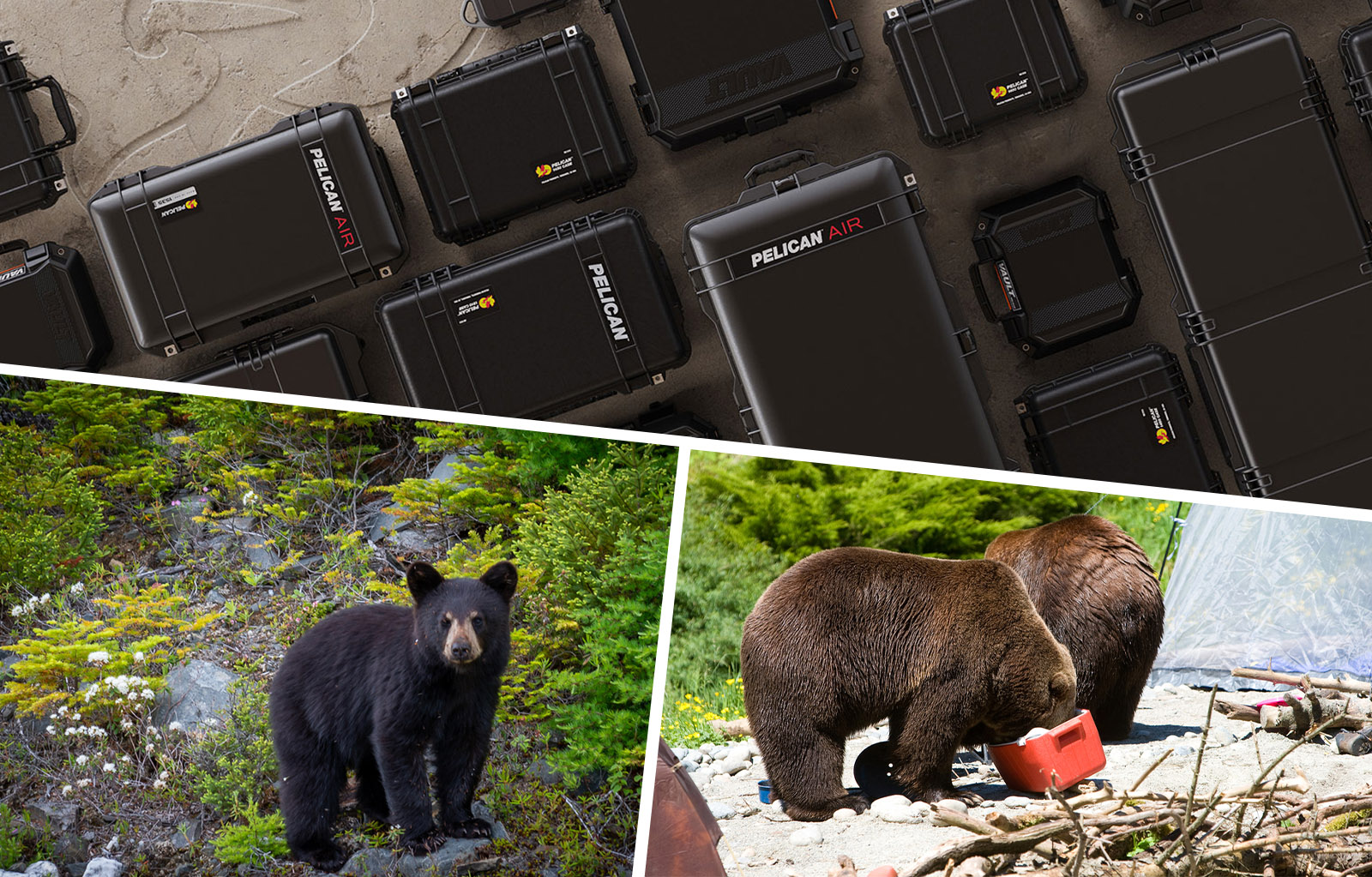 While there isn’t much research on the topic, it’s obvious to many that bears have an excellent sense of smell. There have been tales of grizzlies finding elk carcass underwater, and black bears have been known to detect the smell of deer carcass from over two miles away. And that’s nothing compared to polar bears, which can find seal dens underneath layers of ice from roughly half a mile away.

The bottom line? If there is a bear within one mile or so of your campsite, you can be sure that they can easily pick up the scent of your delicious campfire meal, your cooler and even your deodorant.

Bears have a broad diet and are therefore attracted to a wide variety of scents, including the following:

These items and other valuables should be stored in bear-proof storage lockers provided at the campsite.

If you’re camping in the backcountry, hang your items from a tree or a cable. Store your valuable equipment in Pelican cases and lock them in your vehicle. However, be warned: Bears have been known to break into vehicles if they see or smell something desirable.

Many campers are fearful of hiking or camping in bear country. While this fear is not unfounded, it’s important to remember that bear encounters are uncommon. You can further decrease your risk of encountering a bear with the following tips.

In summary, bears have an incredible sniffer that is believed to have a range of a few miles. If you’re camping in bear country, it’s important to be prepared. By taking certain precautions, you can keep yourself safe and prevent the unnecessary killing of an aggressive bear.

7 Steps to De-Winterize Your RV

How Much Does Camping Cost