The 6 Best Places to Stargaze

Ready to photograph the stars? Whether it’s to capture the North or Southern hemisphere’s constellations, Milky Ways and Magellanic clouds, you’ll need to seek out a dark, remote spot, away from light pollution where the stars can truly shine. And if you’ve ever wanted to learn how to photograph stars, you will need some practice, too.

So grab a rechargeable flashlight to light the way and your camera hard case to protect your DSLR, packing your bags for an adventure among the constellations. Here is a collection of the six best places to stargaze.

The Atacama Desert, located in Northern Chile, is dry, arid and totally remote, making it one of the best places to stargaze. Not only is there little chance of precipitation and cloudy skies, but the arid desert atmosphere clears its way for some great views of the Southern Hemisphere sky and constellations above. You can spot Tarantula Nebula, the Southern Cross and the Large Magellanic Cloud on any night in the Atacama Desert. The high-altitude Atacama is also quite remote, which means it experiences little light pollution. The Atacama Desert is so notorious for its stars. You’ll find countless stargazing tours for your picking. 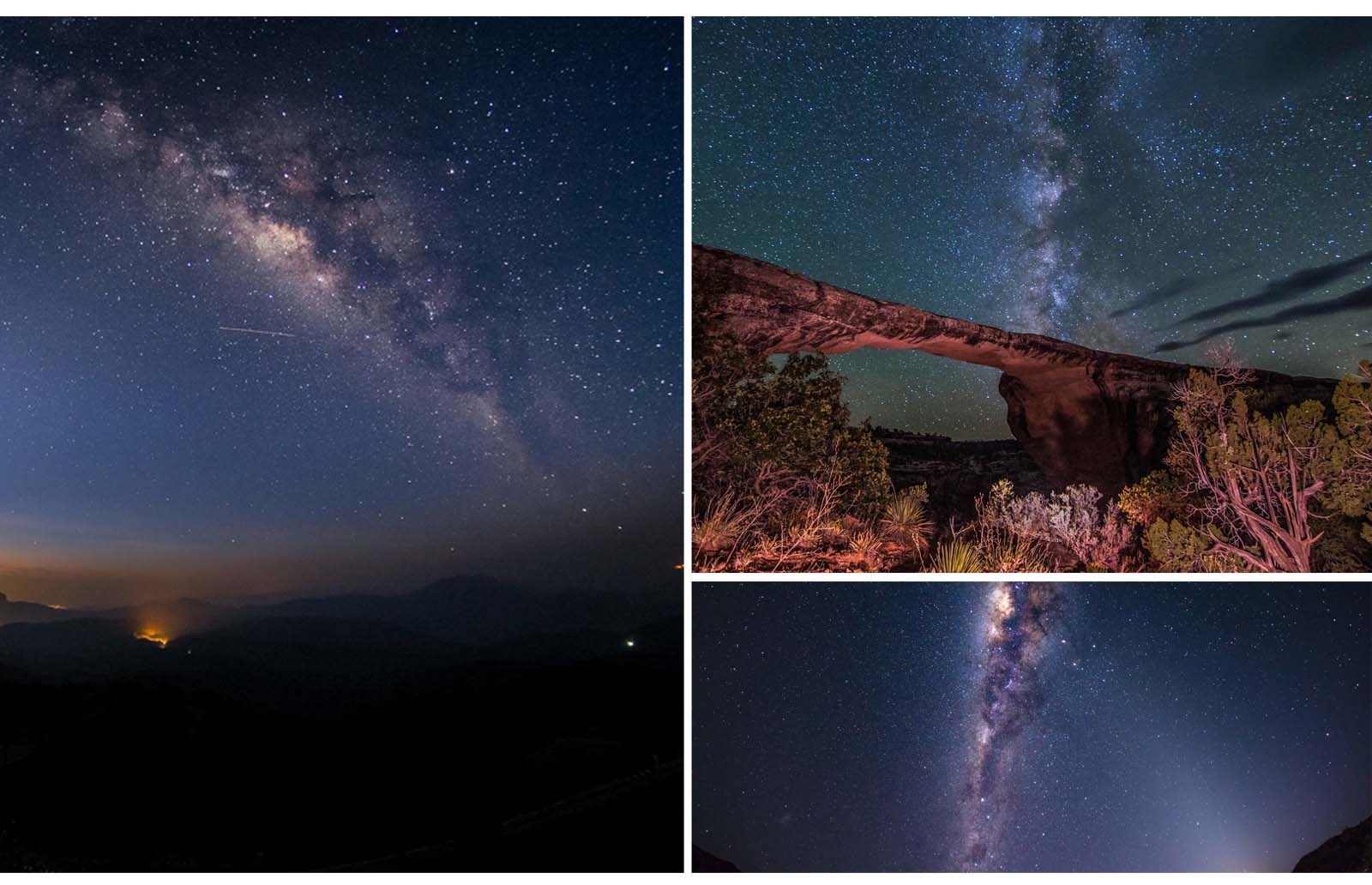 In the remote area of Lake Powell, Utah, is the Natural Bridges National Monument. This area was the first of its kind: a certified International Dark Sky Park, designated so by the International Dark-Sky Association, an organization dedicated to combating light pollution across the globe. As the first Dark Sky Park, this monument set an example of what can be done and why darkness is worth protecting.

Night photographers flock to this park, snapping gorgeous shots of the Natural Bridges National Monument. Of course, artificial lighting is strictly prohibited (except for a headlamp to watch your footing), so you’ll need to brush up on your photography skills to capture the Milky Way’s “river of light” over the Owachomo Bridge.

While South Africa’s Kruger National Park is more famous for its game reserve, where it’s home to a large population of the Big Five (elephants, lions, leopards, rhinos and water buffalo), it does offer incredible stargazing, too. Covering 7,500 square miles, the only light pollution you might find in the remote park location is from a safari lodge.

If you’re brave enough, head out on a nighttime game drive to enjoy stargazing as you listen to the sounds of nocturnal animals around you. With the flat savanna and bushveld landscape, it’s much easier to train your binoculars on the Southern Cross, Scorpio and even the rings of Saturn.

Mauna Kea summit on the Big Island of Hawaii is guaranteed to be one of the best places to stargaze. Situated 2,500 miles southwest of California, the entire state of Hawaii is remote and free of light pollution.

While you can enjoy the views all on your own from Mauna Kea’s 13,803-foot peak, it helps to pay a visit to the Maunakea Observatory, the largest research observatory in the world and home to 13 of the world’s most powerful telescopes. If you can’t get tickets, don’t worry! You can still take in the Northern Hemisphere’s sights, including the Milky Way, bands of Jupiter and Ursa Major and Minor. Being so close to the equator, you can see roughly 80 percent of the Southern Hemisphere stars, too.

On the trail, you can expect to see stellar views of the Milky Way, Venus, Mercury and constellations Orion, Gemini and Taurus, which have their own indigenous tales and lore. Should you spot an unidentified flying object, don’t be alarmed. It could have been a satellite. But you’re close to Roswell, after all.

If you have the chance to explore Namibia, don’t pass up the NamibRand Nature Reserve, one of the darkest places on Earth. While the reserve started as a way to protect the Namib Desert’s unique ecology and wildlife, it quickly became recognized as a spectacular stargazing spot. At the Namib Desert Environmental Education Trust (NaDEET), you can sleep overnight in an open-air unit and see the stars from your bed.