How to Store Guns to Prevent Rust

Here’s some simple math: moisture plus oxygen plus metal equals rust. It doesn’t matter from which material your gun is made — steel, aluminum, titanium — it, by nature, will have the tendency to rust. But that doesn’t mean that rust is inevitable. And it certainly doesn’t mean your firearm should stay locked in a box for most of its life.

If you invest in proper storage and know some key rust prevention practices, you should be able to preserve it so it performs accurately every time it’s deployed. Here’s how to store your gun so it doesn’t rust.

1. Put it in the Right Case

First up: choose the right gun case. Your case is the most crucial defender against the harsh oxidation that occurs from accelerants in the environment, like moisture, dirt and salt. Storing your gun in the appropriate pistol case (or, for all you hunters and sport shooters out there, the right rifle case) is absolutely clutch to sealing out those compounds. Pelican makes some of the very best watertight gun cases to prevent rust. 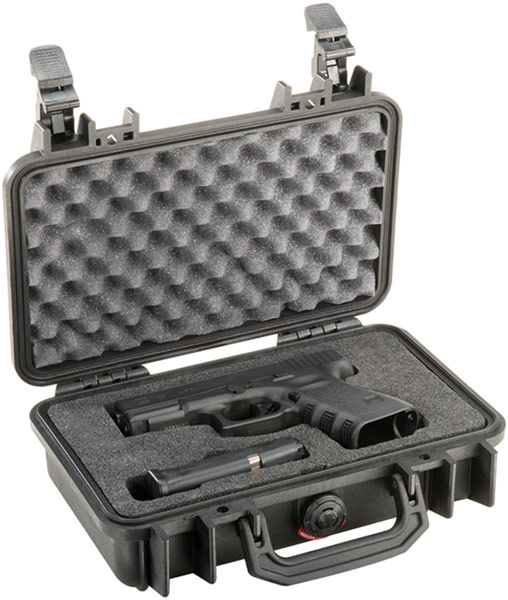 So what kind of gun case is the most rust-proof, you ask? You need a case that is foam-padded and hard-sided to protect your firearm from abrasion, but you also need it to be watertight and dustproof to defend against rust-causing particles in the air. Pelican gun cases also feature special pressure equalization valves that bar water, dust and dirt from entering. Plus, O-ring seals provide added defense against water penetration.

2. Store it in the Right Place

While your case is a solid first defense against common rust triggers, the environment in which you store your gun matters, too. The key, of course, is to store it in a place that won’t accelerate the oxidation process. Firearm experts recommend paying close attention to the temperature and humidity in the room where your case or safe is stored.

Shoot for a year-round temperature of 70 degrees Fahrenheit with a humidity of 50 to 55 percent. To closely monitor the humidity in the room, you can invest in an affordable humidity meter, widely available for under $15. With these conditions in mind, it’s important to avoid keeping your firearms in any wet or even damp locales — the garage, the basement, the bathroom, the shed and the camper are all off-limits. 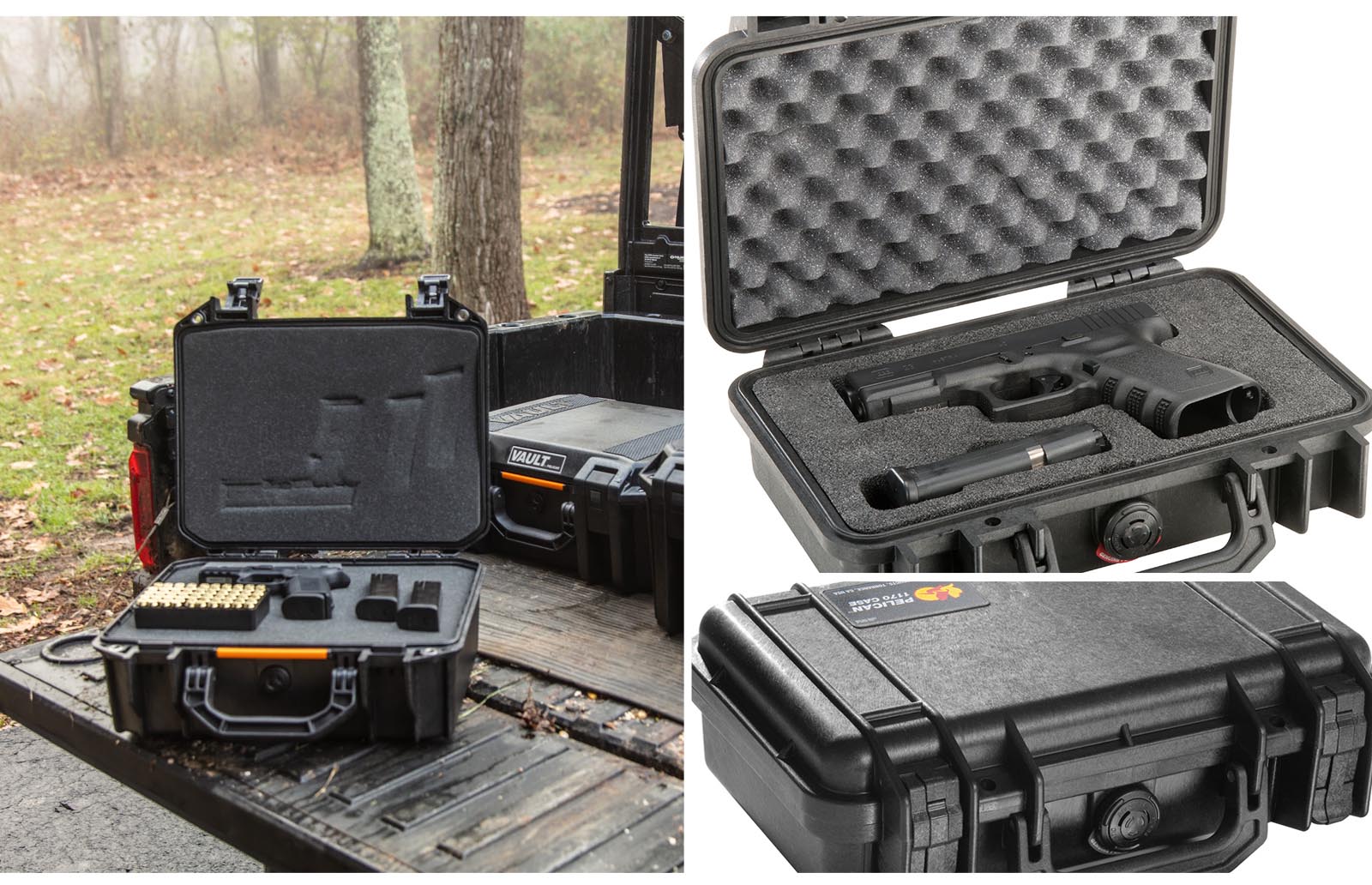 Other Tips for Preventing Rust

Storing your arsenal in the right environment is an important first step for rust-prevention, but there are a couple of other things to keep in mind to slow or inhibit the oxidation process altogether.

Part of being a responsible gun owner is taking care of your arms so they work properly when you need to fire them. Rust and other damage can lead to serious internal impediments, which can compromise accuracy and, in turn, safety. Make sure you’ve got rust prevention on your firearm maintenance checklist to keep your guns pristine and safe.

Can I Carry a Handgun in My Car While Traveling?

How to Ship a Handgun