What To Put in a Basic Earthquake Emergency Kit

According to the United States Geological Survey (USGS), there are about 20,000 earthquakes per year in the United States, with some of the biggest earthquakes in the past decade leaving unprecedented damage in their wake. Large-scale quakes cause large-scale devastation — mudslides, landslides, fires, tsunamis and collapsed buildings or roads are common. As a result, earthquakes can leave victims badly injured or even dead.

Though there hasn’t been a deadly earthquake in the United States since the 2019 Ridgecrest earthquake took the life of one person. Sadly, it’s a different story in other areas around the world. In 2010, there were over 226,000 earthquake-related fatalities in the world, with an estimated 160,000 deaths occurring due to a devastating quake in Haiti that year. In recent history, the annual number of global earthquake-related fatalities range from less than 300 in 2000 to nearly 300,000 in 2004.

In the U.S., you’re a lot more likely to experience an earthquake if you live in a specific area of the country. The most quake-prone states are Alaska, Oklahoma, California, Nevada, Wyoming, Hawaii, Idaho, Kansas, Texas, Washington and Montana. If you live in one of these states, it’s crucial that you protect yourself and your family from potential destruction with a well-equipped earthquake emergency kit. Even if you don’t live in a high-risk state, creating a well-stocked emergency kit could be life-saving. 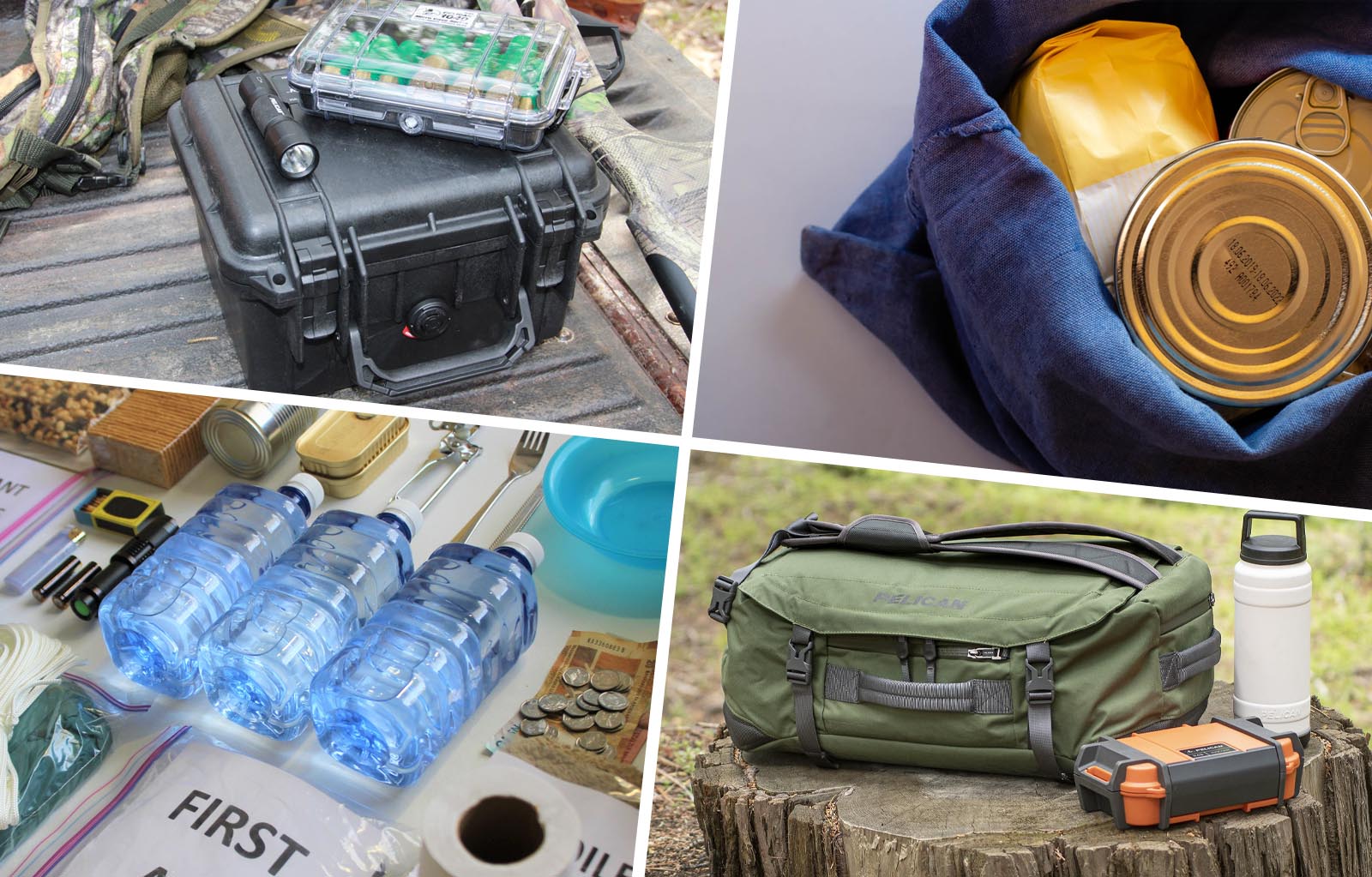 What to Put in a 72-Hour Earthquake Emergency Kit

The biggest concern following an earthquake is a lack of resources and medical care. With the potential for the destruction of buildings, vehicles and roadways, survivors could get stuck in their destroyed neighborhoods with no access to shelter, food, water or medical care. You want to make sure your kit has enough supplies for at least 72 hours following an emergency.

Here’s what you need to build a basic emergency kit that you can deploy in the event of a natural disaster.

Another important aspect to consider when organizing your emergency supplies is how and where you store them. We recommend keeping them in watertight, hard-sided cases, potentially with wheels if you see your family having to flee far on foot. You can also use our heavy-duty backpacks to create individual earthquake go-bags for each person in your family.

Pack it and Forget It… Sort Of

In an ideal world, you’ll pack your emergency earthquake kit, store it and never have to get it out again. In fact, you should mostly leave it alone — you don’t want to borrow from the kit, only to forget to replace essentials. One thing to note, though, is that you should check in on your kit once or twice a year to ensure that your food and water are still safe to consume and that your powered devices still work properly.

Though it may seem like a bit of effort up-front, creating an earthquake response kit could mean the difference between life and death in dangerous scenarios. Preparing for a natural disaster and having backup supplies on hand will increase your likelihood of making it through a catastrophe unscathed.

How to Optimize Your Camping Setup

What to Do on a Road Trip