Can You Bring a Drone on a Plane? Three Drone Packing Tips

No matter if for recreational or professional purposes, the need to bring a drone on a plane can occasionally arise.

But can you bring a drone on a plane?

The fact is that there exists a long list of items that cannot be brought on an airplane. Therefore, it is expected that someone who wants or needs to bring their drone with them to wherever they are flying might face such a restriction.

To cut right to the heart of the matter, you can indeed bring your drone on an airplane. However, there are a variety of guidelines and restrictions by which one must abide in order to bring their drone along for the flight.

That said, let’s go ahead and take a look at some official guidelines, as well as some other tips you should know about bringing your drone on a plane.

How to Bring Your Drone on a Plane

Can you bring a drone on a plane? Yes, you can, but there are some rather large caveats to that answer.

First, when referencing the TSA website’s rules regarding drones, it states:

While discretion on the matter being left in the hands of TSA agents might invoke worry, this is pretty much the protocol for lots of different items. 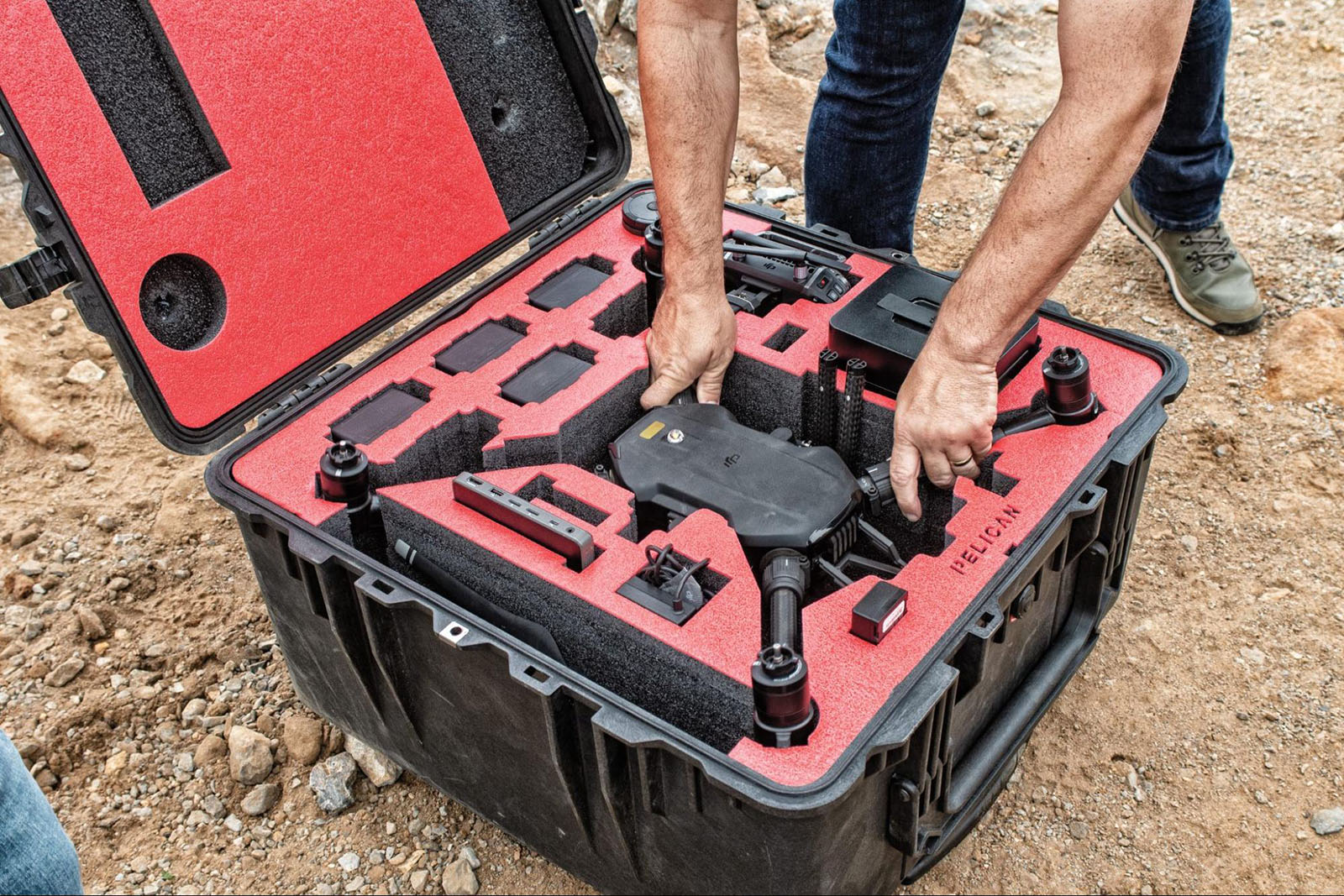 That said, before flying with a drone, it is wise to contact your specific airline to find out if they have any special guidelines regarding these devices. Moreover, given that you are likely to bring your drone as a carry-on, it is important to ensure the case used is within the airline’s allowable limits for carry-on luggage sizes.

In order to bring a drone onto an airplane, it must be turned off and precautions must be put in place to ensure that the switches are protected from accidentally being pushed into the “on” position. For this reason, it is wise to purchase a drone case, given that a specialized item like this will be better equipped to properly protect your drone (and its switches) during travel.

However, depending on the size of your drone, it may be impossible to pack it in a carry-on case. Therefore, you will need to contact the airline and check with their rules regarding such situations. That said, most drones will fit in cases that are suitable for carry-on and are even required to be packed as a carry-on due to containing a lithium-ion battery.

For those who are unaware, since 2019, the Department of Transportation has placed a ban on transporting lithium-ion batteries as cargo on passenger airplanes. Thus, the drone will need to be in the cabin with you.

On that note, here are some tips for packing your drone for a flight.

When flying with a drone, there are several things you need to take into consideration, including:

1. Pack Batteries in Your Carry-On

First off, while most drones do utilize lithium-polymer (LiPo) batteries (which are slightly safer than lithium-ion batteries), they still carry the risk of fire and explosion, which means that they are treated the same as their lithium-ion counterparts by airlines. This also means that no matter which type of battery your drone utilizes, the guidelines will be the same.

In order to fly with any sort of lithium battery, the power source must be stored in your carry-on luggage and is rated for a maximum of 100 watt hours (Wh) per battery. Additionally, pending approval from the airline, passengers can also carry up to two space lithium batteries rated for up to 160 watt hours. 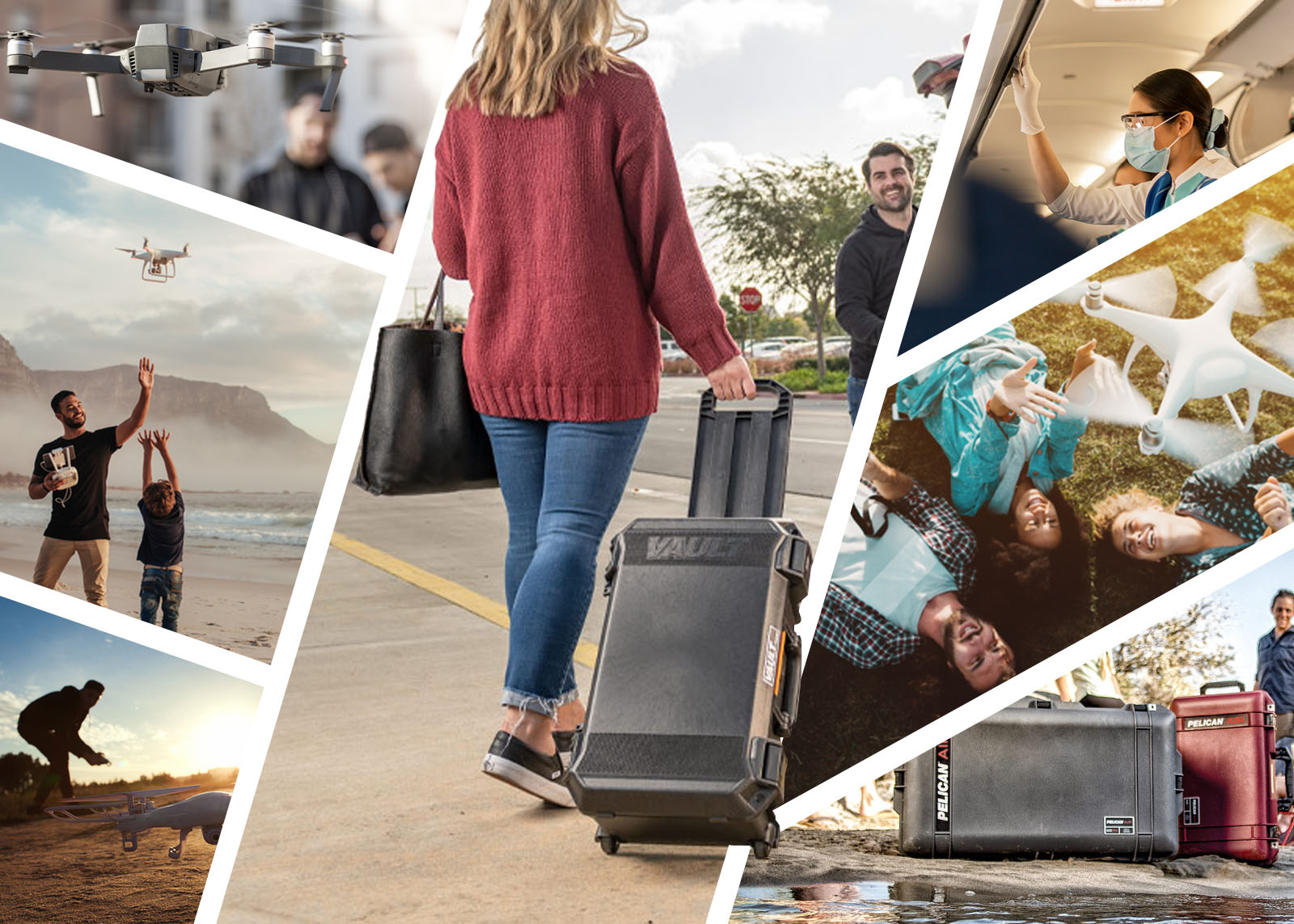 As far as quantities are concerned, batteries rated for 100 Wh or less can be carried in any amount, as long as they are for personal use and are not for sale or distribution. However, the larger batteries mentioned above are limited to two per passenger.

If you are unsure of your battery’s watt-hour rating, it is typically listed

on the battery itself. However, in the instance that it is not, simply multiply the voltage (V) by the amp-hours (Ah). Thus, the formula will appear as follows:

In the event that your drone has a lithium battery installed in it and it cannot be carried onto the plane, it will need to be checked in by the airline. In such a scenario, the only way to get this item to fly with you is to ensure that the installed battery is rated for less than 100 Wh and the drone is powered off completely.

As a final tip, whenever you are flying with lithium batteries of any kind, it is wise to minimize any potential risks by having them be only about 30 percent charged. On that note, let’s take a moment to recap.

Can you bring a drone on a plane? Yes. However, there are strict limitations around batteries and how they can be packed. Additionally, it is wise to pack your drone and its accessories in a dedicated drone case.

Let’s take a closer look at that last point.

2. Get a Dedicated Drone Case

Drones are expensive pieces of equipment. As nearly any frequent flier can attest, bags can take a beating when being drug from destination to destination. Therefore, buying a dedicated travel case for your drone is a good idea.

When shopping for a drone case, don’t look to pinch pennies. The equipment inside is likely quite pricey. Buying a cheap case probably isn’t going to provide the kind of protection you want. 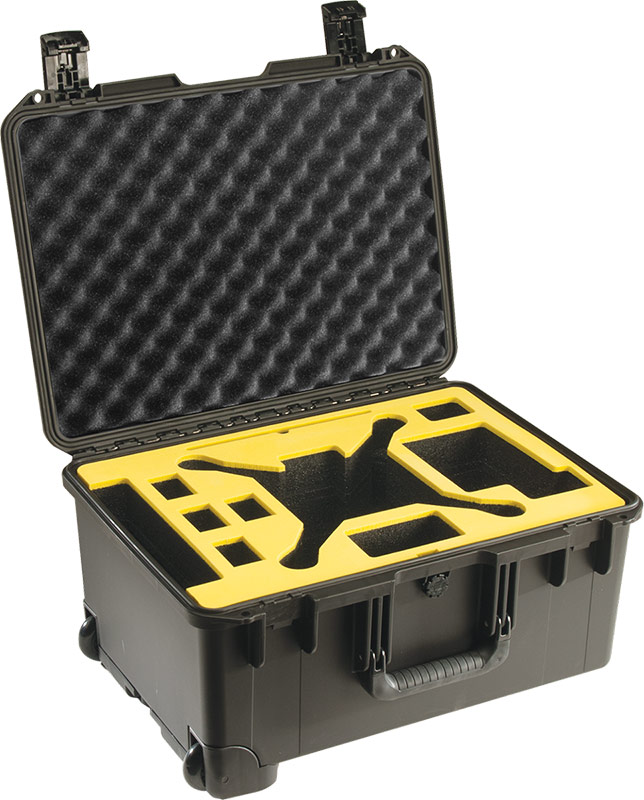 Make Pelican your go-to premium protective case manufacturer. Our travel cases are designed to keep your gear protected no matter where your travels take you. For extra protection, customize your drone case with dividers and foam interior additions.

In terms of additional features, you are going to want to get something that has a hard shell, and lots of internal protection. Additionally, while it is not critical, something that is lightweight will be much easier to travel with and lug from location to location. This is particularly important if you will be traveling internationally, as you are likely to have the case in your possession for the majority of the time.

3. Be Careful When Traveling Overseas

The fact is that many countries have their own aviation authorities who regulate the operation of drones. For many countries, the rules are similar, though there are slight differences and nuances with which you will need to familiarize yourself for your given destination.

That said, there are a handful of countries that have completely banned the use of drones. Thus, showing up in one of these countries with a drone can result in a variety of outcomes ranging from confiscation to denial of entry. Therefore, it is important to be aware of which countries prohibit the use of drones. As of this writing, those countries include:

Additionally, there are also certain countries that require drones to be registered. For instance, when it comes to international drone rules and regulations, the United States, United Kingdom, Bahamas, a variety of European countries, Africa and Asia all require some form of drone registration. Those who fail to abide could be subject to hefty fines and/or drone confiscation.

Where the EU is concerned, those who register their drones will receive a unique number, which is stored in a database that can be accessed by each country’s aviation authorities, thereby ensuring that the registration is recognized across the entirety of the EU. But again, different destinations have different rules. Therefore, it is necessary for you to research the drone law for the country you are heading to and check with the necessary regulatory bodies. 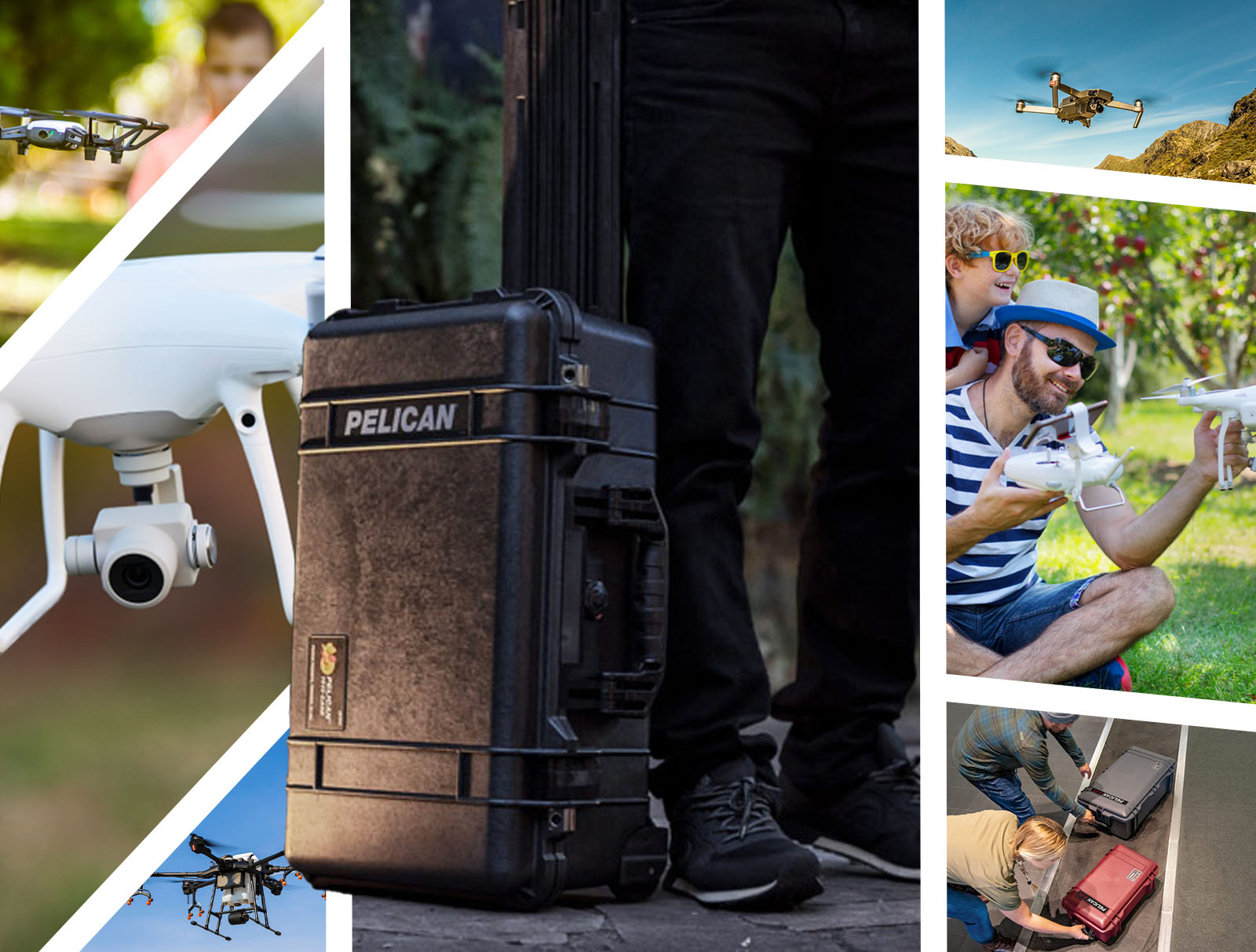 Some things that you will want to ensure that you are clear on include:

s an aeronautical knowledge test in order to fly their drone in the country. Others will demand a demonstration of operational proficiency and competency.

In addition to these necessities and considerations, it is also important to take into account the climate of the destination to which you are traveling. While it may not be illegal to operate a drone where you are going, the local people may not take kindly to the presence of such a device. Depending where you are in the world, using a drone could land you in a potentially dangerous situation.

Traveling on a Plane with a Drone

So, can you bring a drone on a plane?

Yes, you can take your drone. However, it will likely need to be in the cabin with you, have a certain battery capacity and be stored in a protective drone case.

That said, while flying with drones is much more well-defined than it was over the past decade, depending on where you are traveling, there may be additional laws, rules, regulations and even cultural norms to which you must be privy.

Therefore, to successfully ensure that you and your drone get to where you are going (and home) safely, it is critical that you take the time to conduct the proper research on the aforementioned governance and administration of drone laws. Additionally, you will need to communicate your plans with your airline and the relevant authorities.

What to Wear Hiking in Winter
Adventure | September 18, 2020