Can I Carry a Handgun in My Car While Traveling?

Thinking about taking your handgun with you when hitting the road across state lines? Depending on where you’re going, you may be able to take your handgun with you without breaking the law. The most important thing you can do when traveling with a firearm is to closely follow all current laws and to consult a lawyer if you aren’t clear on something. Always select the right handgun or pistol case to stay safe and compliant on the road. Since this form of transportation of firearms isn’t federally regulated, like the TSA for flying, you’ll want to do your due diligence on firearm laws before leaving your home state and crossing state lines.

Whether you want to carry for self-defense or to go to the range with some friends who live out of state, you have certain rights to bring your firearm across state lines. Unlike flying though, those rights are a bit murkier, but the penalties for breaking the laws regarding interstate carry are equally harsh.

You never want to risk traveling to a state where your CCW doesn’t have reciprocity and attempt to carry. Do your homework before you get in the car and keep these helpful principles in mind as you’re planning your next trip.

Interstate Travel with a Firearm

The most important thing you need to know is that vehicle handgun laws vary greatly from one state to the next. Your concealed carry permit (CCW) was issued by the state, not the country, which means it may not be recognized in another state. It is your obligation to follow all laws set forth by any state that you enter or travel through, no matter how briefly you may be visiting.

Understanding state-by-state CCW reciprocity is an important first step in determining how you can travel with your firearm. If you’re going from one state to another that recognizes your permit — say, from Alabama to South Carolina — you can bring your handgun with no problem. However, if you’re passing through a state where your permit is not honored, you will be breaking the law if you’re doing anything other than simply passing through.

Don’t make the mistake of assuming that just because it’s the next state over that your CCW will be honored. For example, Nevada will honor a CCW permit from Arizona but has limitations on its reciprocity with Idaho.

Certain states don’t honor any other states’ CCW permit, like California, New York, Connecticut and New Jersey, among others. Check this map if you aren’t sure about the law of the state that you’re visiting.

Regardless of if you possess a permit, you should know the state-by-state gun laws before traveling with your gun. According to the Firearm Owners Protection Act of 1986, which is an amendment to the Gun Control Act of 1986, travelers may pass through restricted states with their guns, but only if they are unloaded, in a locked case and kept in an inaccessible location, with the ammunition stored separately. The law states:

The law specifies that certain people are entitled “to transport a firearm” through these states, but that transport must be considered continuous and uninterrupted, meaning that you can only pass through states that do not honor your CCW. Doing anything beyond passing through will cause you to lose federal protection.

How to Carry a Handgun in the Car

How and where you store your firearm in your car matters a whole lot. It cannot be readily accessible to any passenger or driver, nor can it be accessed from the “passenger compartment” of the vehicle. For example, it can be stored in the trunk or in a case in the bed of a truck, but never in the glove box or center console.

The U.S. Code states that if your vehicle does not have a separate compartment, the firearm or ammo must be contained in a locked gun case other than the glove compartment or console. Make sure your gun is always stored in a hard-sided, locked case that’s completely separate from your ammo. By law, the ammo case doesn’t need to be locked, but it’s not a bad idea to throw a padlock on there just in case.

At a glance, here’s what you need to know about carrying a gun in your vehicle:

These laws aren’t just for interstate travel, though. Whether you’re going across the country or across town to a local firing range, it’s important to have your firearm secured safely and legally.

Remember, if you aren’t sure about the laws where you’re headed, it’s a good idea to consult with an attorney before leaving for your trip. We are by no means legal experts and cannot provide legal advice on these matters. Breaking concealed carry laws is a big deal and could result in serious penalties, including jail time, so it’s not something to take lightly!

Keep your firearms protected with our industry-leading hard cases. We offer a wide variety of protective cases to fit different types and sizes of firearms, so browse around and see what’s going to make the most sense for you.

When responsibly carrying your firearm, you want to not only follow the local laws, but also put your gun in the highest-quality case for its own protection. 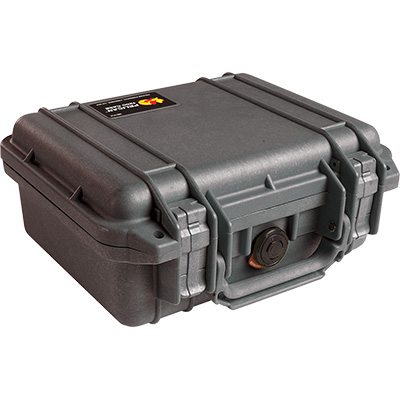 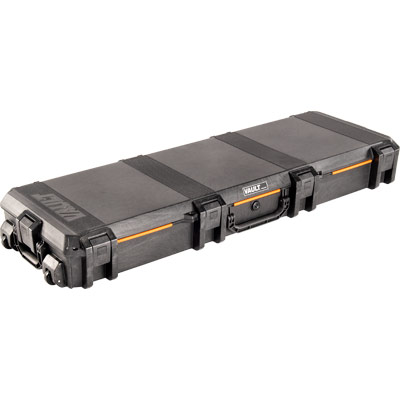 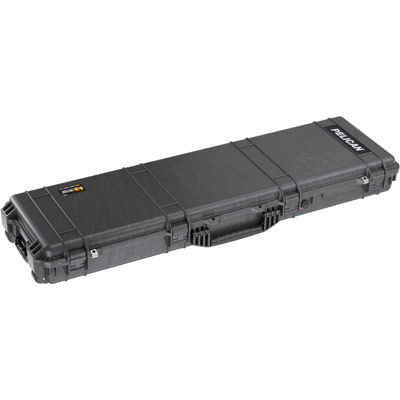