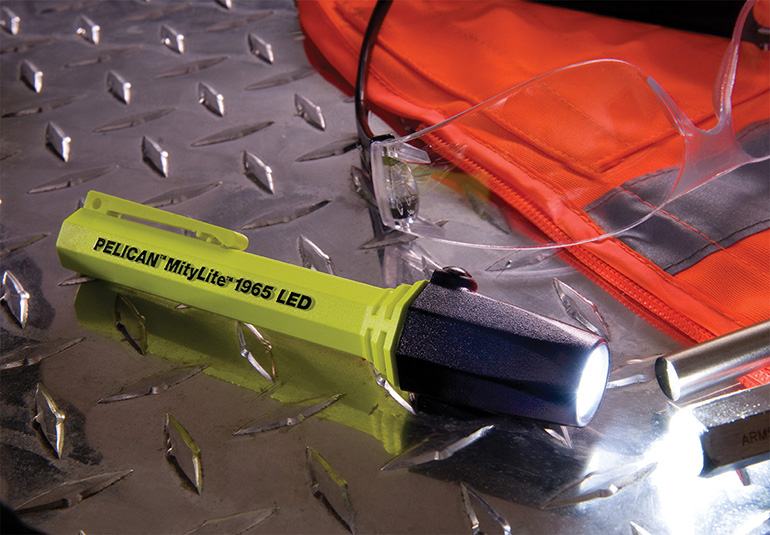 The 1965 LED boasts safety approvals from 4 different certification agencies and features Class I, II, III Div. 1 Grps. ABCDEFG T4 ratings so the flashlight can be used in environments where flammable gases, dusts and fibers are present. It features a safety set-screw to comply with safety approval standards. The screw also doubles as a gloved-hand grip aid for turning the light on and off.

Engineered with a next-generation LED, the MityLite 1965 LED shines 21 lumens/756 candelas peak beam intensity (to cut through smoke or illuminate a dark area). Powered by 2AAA batteries the flashlight offers more than 4 hours of usable light.

The 1965 LED sports an incredibly tough polymer construction that will stand up to just about anything that will come along. With a water, gas and dust resistant o-ring seal, it weighs in at a mere 1.9 ounces (with batteries) and features an integrated polymer pocket clip.

The flashlight is available in black and safety yellow and like all Pelican flashlights; it’s backed by the company’s Lifetime Guarantee of Excellence.