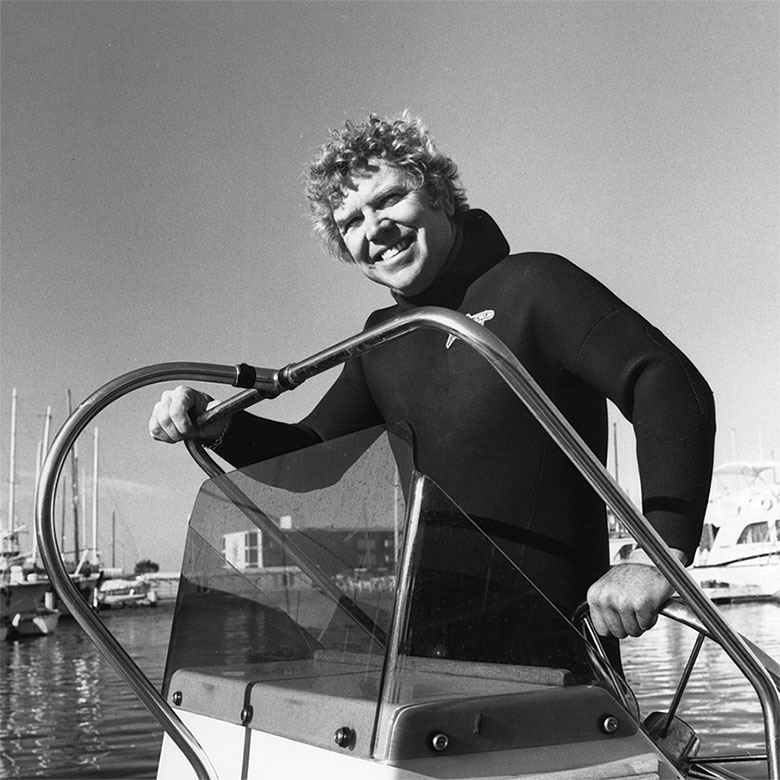 On April 27th, 2020, a fundamental chapter in Pelican’s history came to a solemn close with the passing of Dave Parker at the age of 83 years. The founding father of our company was an innovative visionary who will be deeply missed by his worldwide team.

To honor Dave’s memory, Pelican™ is releasing a limited edition first aid kit adorned with circa 1976 branding and a brass plate etched with David H. Parker’s name and dates of life (1936 to 2020). Now available for purchase at pelican.com/us/en/product/cases/memorial-first-aid-case/protector/1120dpm for $99.00 MSRP, just 100 pieces will be sold. All proceeds will be donated to the National Fallen Firefighters Foundation, a charitable organization that assists the families of firefighters who lost their lives in the line of duty. The foundation also works to reduce future firefighter deaths and injuries. Firefighters, as well as other first responders, are core to Pelican’s heritage.

It is fitting that Pelican selected the first aid kit from its vast range of merchandise to honor its founder. This was the product that first entrenched him as a player in the scuba diving market. He designed the kit in 1976, the first ever intended for scuba divers. An avid diver himself, Dave knew there was a need for a product geared to this segment of the market. In addition to common first aid kit supplies such as bandages, sterile dressings, adhesive tape, and an ice pack, the kit also included items specifically for divers. The 2020 Commemorative Kit holds similar contents.

But perhaps the most ingenious component of the product was its case. Waterproof, dustproof and crushproof, it was manufactured using emerging plastics engineering combined with an O-ring gasket. When customers began repurposing Dave Parker’s first aid cases to store various other valuables without any encouragement from him, he realized he was onto something. He began expanding his product line one high-quality case at a time, eventually manufacturing more than 1,000 different case styles over the decades. They are close to indestructible, featuring enough strength to withstand dramatic events.

It has been said that necessity is the mother of invention. That is exactly how the knack for inventing grew roots in Dave Parker. He was just a 14-year-old teenager when he first started devising scuba diving equipment from scrap materials at his home in Detroit, Michigan. His passion for diving was so strong that as an adult, he made his way to Southern California to spend more time pursuing it.

For years, Dave ran a graphic design business out of his home in Torrance, California, dreaming up eye-catching logos and merchandise displays to support his participation in the sport he adored. But the desire to manufacture his own products never left Dave’s mind. At age 40, he started building a new venture from the ground up, a dream that would lead to the creation of Pelican Products.

Some people have a ripple effect on the world that extends far beyond the average, and it is fitting that this avid scuba diver was one of those extraordinary human beings who caused wide-reaching ripples. What would become a larger-than-life legacy began with a unique product. Initially fashioned in his Torrance garage in 1976, Dave’s first patented device was simple but smart. It featured about a hundred feet of twine wound around a small section of a hockey stick handle (this segment later evolved into a piece of hard plastic), along with a metal weight to serve as a mini anchor. The item’s intended use was as a subsurface marker buoy. It was a safety item designed to bob on the water’s surface for the purpose of marking specific locations for scuba divers. Dave dubbed his brainchild the “Pelican Float.”

Dave invented this gadget because he believed it had the potential to save lives. He was right. It was a huge hit with professional divers who were doing research, working for law enforcement, or diving for technical and commercial purposes. Eager to expand upon his vision, Dave was soon hard at work designing his next product: a superior first-aid kit for divers. The cases were rugged, durable, and built to keep the contents stored inside safely protected from water and dust.

Dave wasn’t on this mission alone. His wife, Arline, was a devoted partner, both in life and business. In the early days of the business, the TWA flight attendant would join her husband in the garage when she wasn’t working a flight to help Dave box and mail floats to customers. By 1980, the business was lucrative enough that she was able to hang up her wings and quit her airline job, and Dave sold his graphic design business.

This was a humble beginning for a company that ultimately became a global leader in the design and manufacture of high-performance protective cases, temperature controlled packaging and advanced portable lighting systems, becoming a valued supplier to police, firefighters, and military, as well as various industrial customers, medical professionals, sports enthusiasts, and photographers. In its close to a half-century lifetime, Pelican Products has sold billions of dollars worth of products. Over the years, Dave Parker’s entrepreneurial venture supported hundreds of families who earned their livelihoods working for Pelican. The company grew its business from a humble mom-and-pop home-based enterprise operating out of a garage to a flagship 200,000 square-foot facility in Torrance. Pelican has expanded across the globe and now operates in 26 countries, 24 international sales offices and seven manufacturing facilities, employing nearly 1,500 people worldwide.

Throughout the decades of his leadership, Dave never lost sight of the enduring gratitude and compassion he felt for his employees and the role they undoubtedly played in his own success. He valued each and every one of them, always attributing Pelican’s achievements to their unrelenting dedication.

Dave Parker exemplified generosity and kindness with his words and deeds, and he never forgot to have fun. He would hold epic parties for his staff to thank them for their hard work. And the cohesive team spirit Dave kindled at Pelican was evident in the extraordinarily low employee turnover the company enjoyed.

It wasn’t just those within the company who recognized the considerable entrepreneurial spirit that characterized Dave Parker. In 1993, he was named the Los Angeles Chamber of Commerce Small Businessperson of the Year and also awarded the honor of second runner-up in the White House Rose Garden at a national event honoring small business owners by President Bill Clinton.

Like any successful business, Pelican had its entrepreneurial war stories that Dave loved to recount such as the time a mysterious man called up asking to buy 2,000 diving flashlights. He wanted to pay cash upfront. Days later, a Navy airplane landed at the small Torrance airport near the Pelican office, and the men who emerged from the aircraft brought Dave a paper bag with $43,000 cash for their purchase. That was the beginning of Pelican’s lifelong supplier relationship with the Navy.

Then there was the regrettable but gratifying role of providing 10,000 heavy-duty flashlights to aid in recovery efforts for the terrorist attacks on Sept. 11, 2001. Pelican donated half of the flashlights and deeply discounted the remainder. The opportunity to perform philanthropic deeds was always high in Dave’s mind.

Another great story occurred in early 2006, when Pelican’s enduring commitment to fine craftsmanship was highlighted on the Travel Channel. The John Ratzenberger’s Made in America series would profile American companies and their products. Pelican’s quality was put to the test when Ratzenberger placed a glass vase in a Pelican case and threw it off the factory roof. The vase survived the fall perfectly intact. Dave was proud of his invention’s performance, but he was even more pleased when he noticed that the show’s production crew stored their equipment in Pelican cases.

Following the loss of his wife Arline from cancer in 2002, Dave began the preparations to sell his company and retire. He fielded numerous offers and compiled a list of potential buyers. In all, there were almost 40 corporate suitors, including notable corporations such as Ford Motor Company and General Electric. But it was Behrman Capital, a private equity firm headquartered in New York City, that stepped up with the most attractive offer. In October 2004, Dave sold his majority stake in Pelican to Behrman.

Known by those around him as a colorful and entertaining storyteller, Dave Parker’s exciting tales of adventure and astonishing feats of Pelican product strength will live on in the hearts and minds of associates and friends forever. His ingenious products have saved lives. And there’s no doubt that he made an inspiring impact on all of ours. 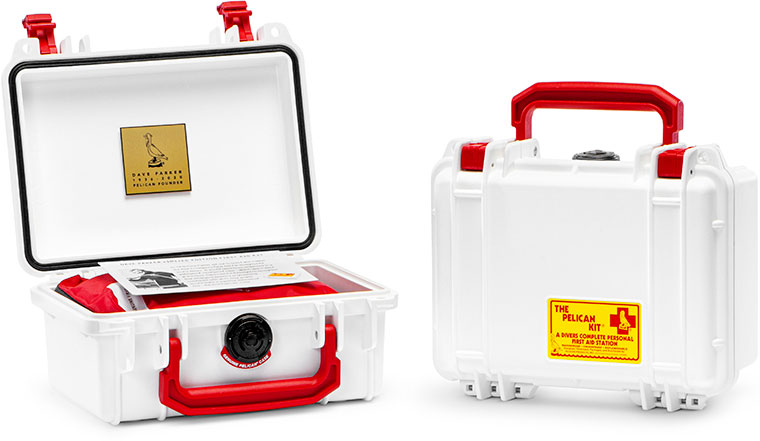