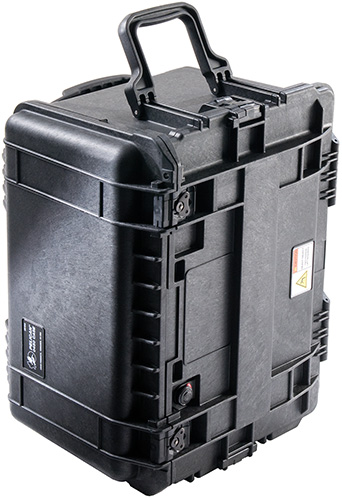 Armstrong Tools, a division of Danaher Corporation, Pelican™ Products, Inc. and UFP Technologies, Inc. have won a contract to design and build a mobile tool kit called the General Mechanics Tool Kit (GMTK) for the United States Army and Marines that meets stringent Berry Amendment “Made in the USA” requirements.

Over the five-year, $125 million dollar contract’s life, the companies will manufacture in excess of 96,000 tool kits designed to exceed the demanding requirements of service personnel across the globe.

The contract requires the GMTK to be mobile and include uniformly branded tools for accuracy of inventory. The case must survive rough handling and transport in extreme environments as well as organize parts uniformly with re-configurable drawers that keep the tools secure, even after the case has been turned upside down while closed.

Each manufacturer is contributing “best-of-breed” elements to the kit that exceed all military specs. Armstrong Tools is providing a tool load of more than 175 of its legendary industrial-grade tools and service products designed to operate in the hottest Middle Eastern deserts to the coldest arctic environments. The GMTK will be used for servicing and repairing all forms of armored and conventional vehicles, both tracked and wheeled.