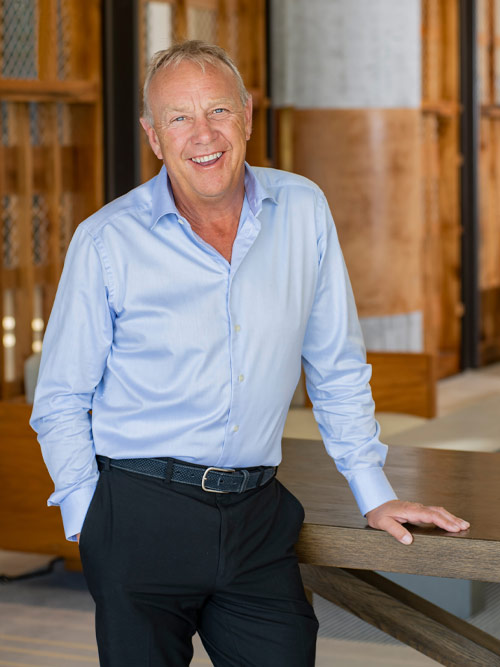 Executive Chairman of the Board

Lyndon Faulkner brings more than 30 years of visionary experience and 14 years as President & Chief Executive Officer at Pelican to his role as Executive Chairman of the Board.

Throughout his career, Faulkner has been recognized in key senior executive roles and driven billions in revenue to industry-shaping, Fortune 100 companies that include Technicolor®/Nimbus CD International and the Microsoft ® Corporation.

He played an integral role in the launches of such revolutionary technologies as the Compact Disc (CD) and Digital Video Disc (DVD) in the music, computer and movie industries. In the process Faulkner built one of the world’s largest and most profitable companies in the digital media and home entertainment arena. He continued on to become a driving force behind the launches of such illustrious products as Microsoft’s XBOX®, Windows XP and Microsoft Office 2000. Faulkner also led an IPO on the NASDAQ stock market that fueled numerous corporate acquisitions resulting in the building of a high-tech, world-class operation spanning the globe.

Since Faulkner joined Pelican in 2006, the company has realized a 500% sales increase by creating an aggressive growth strategy highlighted with acquisitions and international expansion, now directly operating in 26 countries, with 24 international sales offices and seven manufacturing facilities around the globe.

In December of 2008 the company acquired its largest case competitor, Hardigg Industries. This nearly doubled the company’s size overnight and made it the largest manufacturer of equipment protection cases in the world. Additionally, he closed a deal to purchase the renowned Australian-based rotational molded case manufacturer, Trimcast. The move brought two legendary brands under the same corporate umbrella, signifying the Company’s explosive regional growth. It also dramatically enhanced the Company’s custom packaging solution offerings in the Australasia region.

In late 2012, as part of his strategic growth plan, Faulkner led the company to introduce a wide range of consumer products imbued with the same tough-as-nails DNA as their commercial products, including coolers, luggage, drinkware and advanced LED lighting tools, ready for life’s adventures.

In yet another move to diversify its products and services, under his leadership, the company introduced a line of temperature-controlled transport cases for the pharmaceutical industry. Pelican went on to acquire the industry’s leading manufacturers in the United Kingdom, Europe and North America. He unified both Minnesota Thermal Science (United States in 2013) and Cool Logistics (United Kingdom in 2014) to create Pelican BioThermal™ - the largest temperature-controlled case manufacturer in the world.

In July of 2017, Peli BioThermal was awarded the Queen’s Award for Innovation in a ceremony at their United Kingdom location and Faulkner represented Pelican at a reception in Buckingham Palace, thrown by Her Majesty the Queen. Again in 2018, for the second year in a row, Pelican was awarded the Queen's Award for Enterprise: International Trade 2018.

More recent years have seen the introduction of Pelican’s online store and the launch of new and innovative products, including the rugged and affordable Vault by Pelican line of cases, versatile Personal Utility Cases for everyday use and the 1465 EMS Case, an extremely lightweight case for first responders.

The year 2020 started off with the acquisition of NanoCool, the Albuquerque, New Mexico-based manufacturer of temperature-controlled packaging solutions. This acquisition further increases the breadth of the Pelican BioThermal product portfolio, already the most comprehensive in the industry.

In August 2020 Lyndon transitioned from CEO and appointed Executive Chairman of the Board. In this role he will contribute to strategic initiatives, developing long-range financial models and reviewing business proposals. He will be working with the senior management team on critical planning as well as advising on high-level business matters. He will also continue to interact with key investors and lenders and pursue opportunities for value-enhancing acquisitions and potential joint ventures.

Born and educated in Wales, United Kingdom, Lyndon Faulkner now lives in Los Angeles with his family. From a humble background, playing for Newport RFC and Pontypool RFC, to a thriving business career, he has used his athletic determination and team leadership to drive success. He has been honored with numerous international business awards and been featured in high profile outlets such as Forbes, Fortune, New York Times and other leading business publications.