9 Famous Nature Photographers to Inspire Your Next Shoot

Looking to get inspired for your next photography trip? Then pack your camera backpack for a backpacking weekend excursion or secure your gear in a watertight, foam-filled camera hard case for a trip to the Alaskan wilderness. Pelican has you covered. Whether it’s getting shots of the fall foliage in your own backyard or heading to Africa for some wildlife photography, here are nine famous nature photographers to inspire your next shoot.

More than a world-renowned photographer, Adams was also a conservationist who adamantly supported the Sierra Club environmental organization, which led to Sequoia and Kings Canyon National Parks’ founding. Furthermore, Ansel Adams also shared his photography knowledge as a teacher at the Art Center College of Design in Los Angeles and was even commissioned to photograph the National Parks.

Another famous nature photographer is Galen Rowell. Actually, Rowell was a photojournalist who captivated audiences through both his photos and his writings. This multi-talented artist not only influenced photographers, but also rock climbers and anyone who loved being in the wilderness.

Rowell eventually gravitated toward landscape photography later in his career. He became known as one of the first to exclusively use a 35mm in outdoor photography and use graduated neutral-density filters. 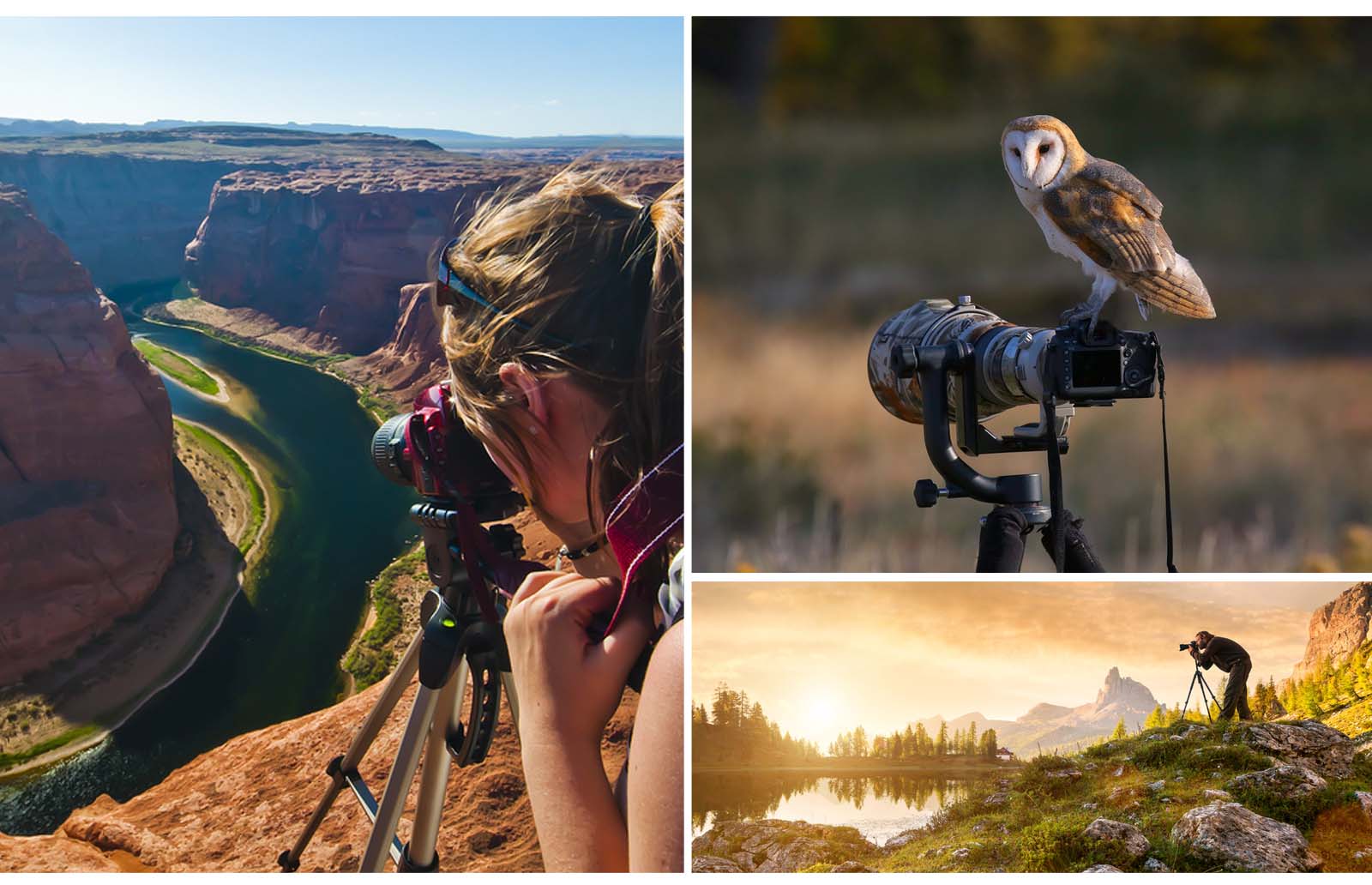 Eliot Porter is famous for his more intimate portraits of nature. While Ansel Adams worked in black and white, Porter latched on to color, especially when it came to photographing birds and other woodsy subjects. Instead of capturing broad landscapes of mountains, he focused on the smaller scenic woodlands, snowy banks and winding rivers. Take a look at his work and you’ll see what we mean.

Another nature photographer who focuses on color landscape photography is David Muench. Muench has a calling card, so to speak, where he takes advantage of foreground elements, grabbing your attention and leading the eye through the photograph into the distant background. In fact, this technique is thought to be something he pioneered back in the ’50s and ’60s. Like Adams, even if you’re unfamiliar with the name, you know his work from coffee table books and even calendars.

Philip Hyde was one of the most notable and famous nature photographers of the Sierra Club. Creating photographic works from the 1950s to 1970s, Hyde is considered to be one of the largest contributors to campaign efforts to protect southwestern landscapes, including the Grand Canyon and Dinosaur National Monument. Today, many professional nature photographers claim Hyde as their inspiration.

While Adams and Jackson were great conservation photographers of days past, Robert Glenn Ketchum is one of the most significant ones of today. Ketchum’s works are used in the political systems to further the protection of lands and conserve some of America’s most untouched landscapes, like that of the Alaskan wilderness. He is most notably known for his aerial photography, capturing wide spaces from above.

If you have checked out any nature photography how-to books, you might have come across the name John Shaw. Shaw wrote several best-selling nature photography books, which have inspired many newbies and seasoned photographers alike. Even today, you can still find him teaching workshops and doing photo tours, where you can follow him to locations across the world.

When it comes to bird photography, no one is as influential as Arthur Morris. In fact, he operates a birding workshop where he still teaches nature photography techniques for budding photographers, birdwatchers and twitchers. You might be surprised to learn that Morris has no formal training in photography. According to an interview, he only took a single course totaling 16 hours. If that doesn’t inspire you to try your hand at nature photography, nothing will!

Branch Out: How to Find Success in Nature Photography

How to Photograph Stars