How to Read a Topographic Map

Knowing how to read a map is as basic to survival as knowing how to make a fire or how to build an emergency shelter, and that’s because it could be lifesaving in perilous scenarios. Maps and compasses keep us on the right track while helping us determine distance, time and the nature of the journey. One of the most useful tools for this is the topographic (topo) map.

What is a Topographic Map?

In addition to showing basic geographic features — roads, lakes, rivers, etc. — topographic maps also show terrain. They help us visualize elevation and give us a better idea of the hills, mountains and valleys in the area. To put it another way, topo maps can help us visualize our three-dimensional world in two dimensions.

To learn how to read a topographic map, there are a few components you need to learn. Toss your compass and map in one of our heavy-duty backpacks and let’s go exploring!

1. Learn About Contour Lines — Contour lines are the squiggly lines of topo maps that indicate elevation. Essentially, they connect geographic points that share the same elevation. The lines that are closer together indicate a fast-changing elevation (a steeper slope), while lines that are further apart indicate a slower-changing elevation (a more gradual slope). When you see lines that create a small circle with thin-spaced lines surrounding it, it is probably a high mountain peak. Once you’re practiced reading contour lines, you’ll be able to easily spot mountain peaks, ridgelines, plateaus and more.

2. Know Your Scale — The scaling of topographic maps is the same as the scaling of standard maps. It shows the relative distance of the map to the physical world. A map’s scale is typically represented in inches on American maps. For example, a scale of 1:24000 indicates that 1 inch of the map is equal to 24,000 inches in the real world. 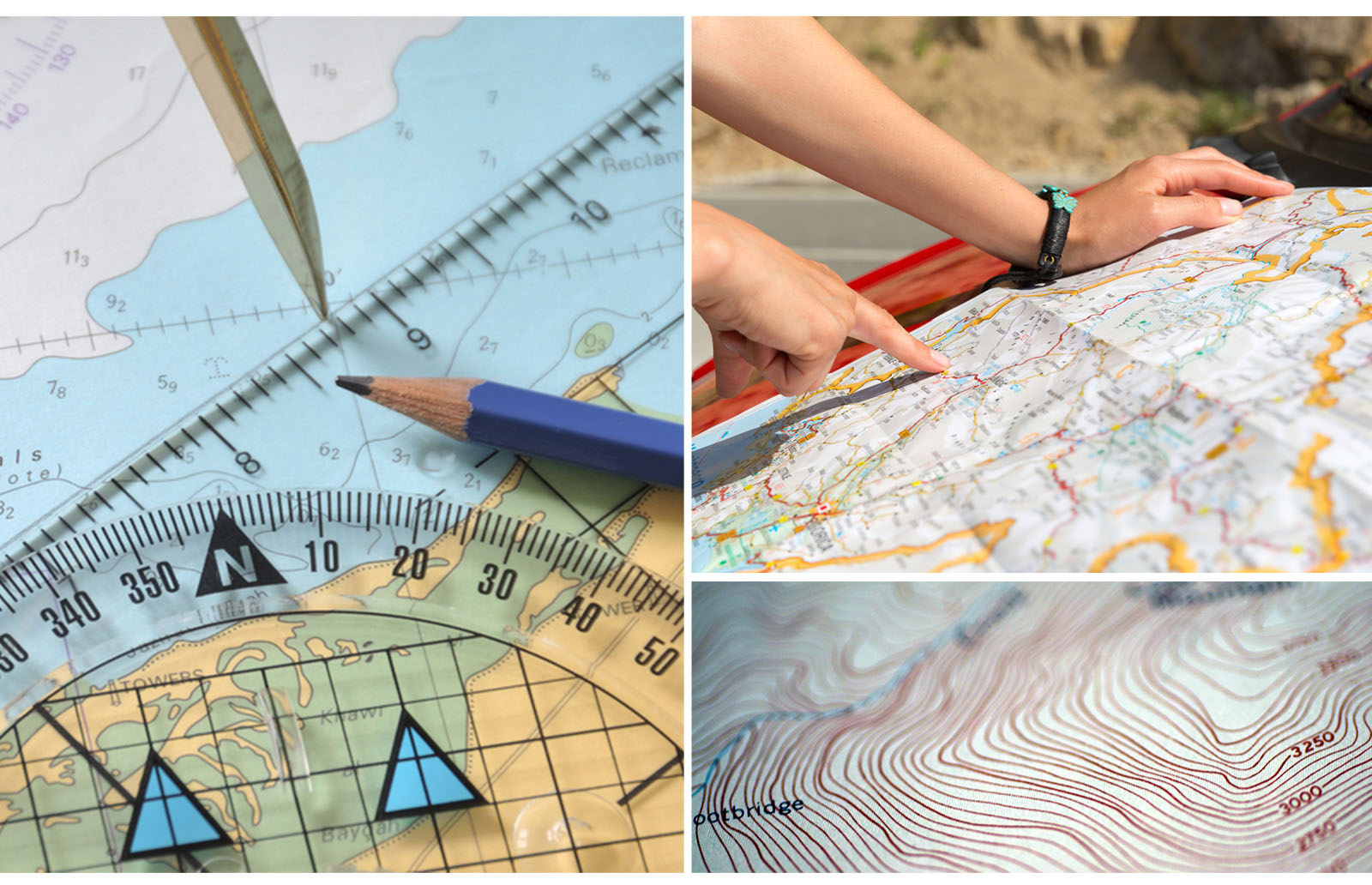 3. Read Your Map Legend —The map legend, usually found at the bottom of the map, helps you identify things like road classification, boundaries, coastal features and contours. Reference the U.S. Geology Survey’s guide to topographic map symbols for all the details on what the symbols in your legend mean.

4. Use Your Technology — Even the most serious cartophiles occasionally bust out Google Maps. No shame! Digital topo maps on your map app of choice work in the same way as paper maps, but they usually feature actual renderings of elevation (little textured hills and mountains) rather than contour lines. Always download your maps so they work without cell service. And if you plan to use paper only, that works too! Just make sure to pack a tactical flashlight or wear a headlamp so you can read your maps in the dark.

The best way to master topography is to study a topo map of an area you know well, whether it be your neighborhood or a famous landmark like Denali National Park. The U.S. Geology Survey has a topographic map database that you can use to pull maps of specific regions. Happy exploring!

The 6 Best Places to Stargaze

How Long Does It Take to Adjust to Altitude?

12 Tips for Taking a Bike Ride at Night