8 Nature Documentaries to Make You Want to Get Outside

Want to learn more about Earth or explore exotic terrains from the comfort of home? Or do you need to pass the time on a rainy spring day until you can get outside again? Here are eight nature documentaries to make you want to get outside and protect the wildlife and Earth we all inhabit. These stunning films will have you grabbing your camera hard case and setting out to photograph butterflies, exotic wildlife, chimpanzees and more.

The Netflix series Our Planet carries you through each of the Earth’s unique ecosystems in roughly 50 minutes. With a total of six episodes, you get to see a variety of habitats such as “Deserts and Grasslands,” “Frozen Worlds” and three entire episodes dedicated to freshwater and oceanic worlds. Created with incredible cinematography, Our Planet is one of the most notable nature documentaries and will make you appreciate our Earth to make a more valiant effort to protect it.

#2 Planet Earth Miniseries I and II

This Discovery Channel series was practically the original Our Planet. Released a decade earlier, The Planet Earth miniseries also guides you through the Earth’s many ecosystems, but with the help of the famous narrator and British natural historian David Attenborough on the BBC version and Sigourney Weaver for the DC version. Winning four Emmys, you’re sure to be impressed and inspired to get outside. Make sure to watch the follow-up miniseries Planet Earth II, which even touches on thriving city-dwelling animals.

#3 Blue Planet Miniseries I and II

If you love the soothing voice and entertaining narration of David Attenborough, you should also check out the Blue Planet miniseries. Released in 2001, Blue Planet I took home two Emmys for cinematography and music composition. More recently, the follow-up Blue Planet II also handed Attenborough an Emmy as well for his narration. Blue Planet takes an in-depth look at the big blue sea that makes up our blue marble, covering everything from seahorses to whales, as well as small and large scale environmental issues that cause it harm. 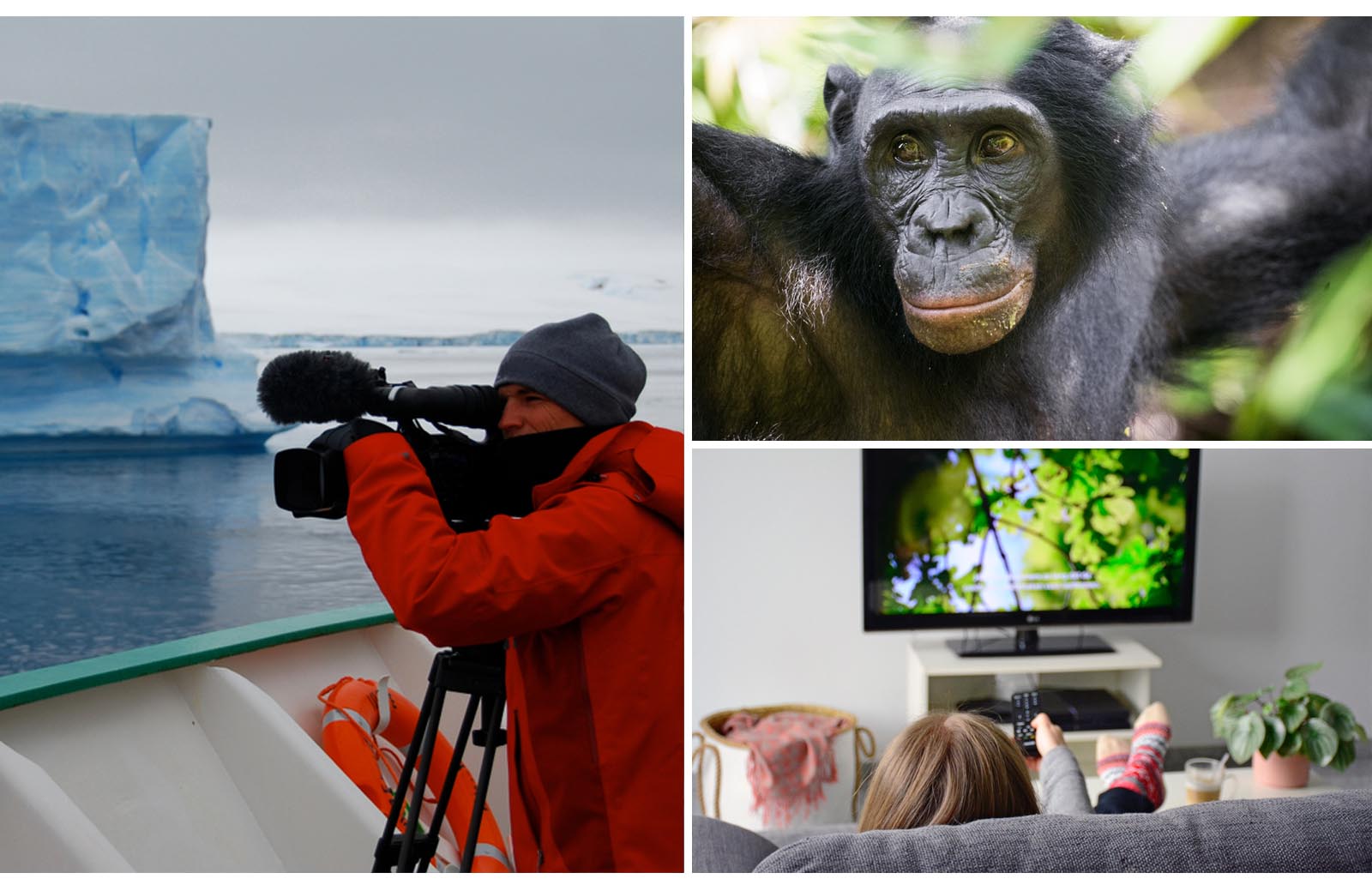 By National Geographic, Chasing Ice is a call-to-action documentary that presents how climate change is directly effecting our world. Chasing Ice follows acclaimed environmental photographer James Balog across the Arctic to capture melting glaciers with a time-lapse camera. While this documentary has depressing overtones that reveal the human impact on climate change, it will make you want to get outside to do something about it, even if it’s to clean up a local park.

Jeff Orlowski, the director of Chasing Ice, continues his exploration into climate change’s effects with his follow-up documentary Chasing Coral. Filming and photographing the impact of carbon emissions and pesticides on the ocean’s bleaching coral reefs, this documentary demonstrates how global warming is causing further damage to a huge infrastructure of life beneath the waves.

#6 Flight of the Butterflies

This shorter documentary follows the year-long migration cycle of monarch butterflies as they make their way from Mexico to Canada and back. Flight of the Butterflies offers amazing cinematography as it covers the dangerous journey the hundreds of millions of butterflies take. With each butterfly weighing less than a single penny, it’s a miracle to behold, but a documentary is the closest you’ll come to the experience itself. Watching this doc will make you want to pack a lunch in a personal cooler and head outside to plant some butterfly-loving pollinators, too.

#7 Encounters at the End of the World

Encounters at the End of the World is a documentary that follows German filmmaker and director Werner Herzog across Antarctica’s cold and desolate landscape. Narrated together with David Attenborough, this documentary studies an untouched territory of the barren icy world, along with the unique characters of animals who inhabit it and are able to survive.

Jane is about none other than one of the greatest women conservationists of our time – Jane Goodall. This National Geographic documentary is a fascinating look into the life of the chimpanzee observer, using 100 hours of never-before-seen footage of Jane Goodall in the 1960s, while she was in the height of her activism work. If you know little about this world-renown activist, Jane is a must-see. But this goes double for wildlife photographers!

Ready to Document Nature Yourself?

If these nature documentaries do inspire you to travel, keep all of your gear and equipment safe. If you plan to tweak images and share them as you go, make sure to pick up a laptop protective case to keep your equipment secure.

The Best Ways to Store Guns Without a Safe

What to Wear Hiking in Winter

How to Start Trail Running